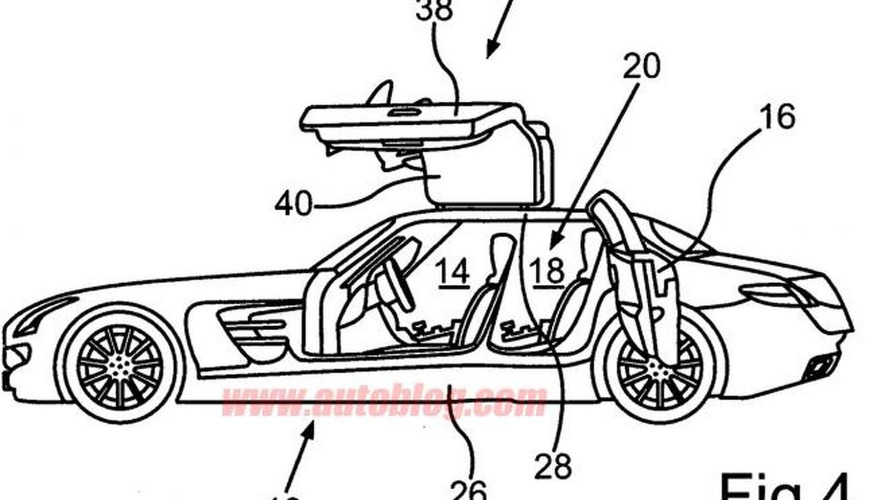 The images you see here are alleged to be patent documents that have been filed by Mercedes for a new four-door SLS AMG. The images were unearthed by Autoblog and although nothing can be confirmed at the moment, it suggests the SLS AMG range will spread to another variant.

The coupe and the roadster are already on the market whilst the electric SLS AMG E-Cell is due to be launched by next year. Additionally, Mercedes has confirmed that a hard core Black Series is in development meaning the four-door version would become the fifth variant of the series.

If the image proves to be correct, it reveals the four-door will retain the front gullwing doors and will get a set of rear hinged doors that create a wide opening for passengers in the back. It is also worth noting that there is no evidence of a B-pillar in the patent images meaning it would probably have to be integrated into the doors just like Ford achieved with the new B-Max.

The patent does not necessarily confirm a production model is in the pipeline. Mercedes could simply be preparing a concept that would hit the auto show circuit. However, if Mercedes does sign it off for production, we would expect it to rival models such as the Porsche Panamera or Aston Martin Rapide.