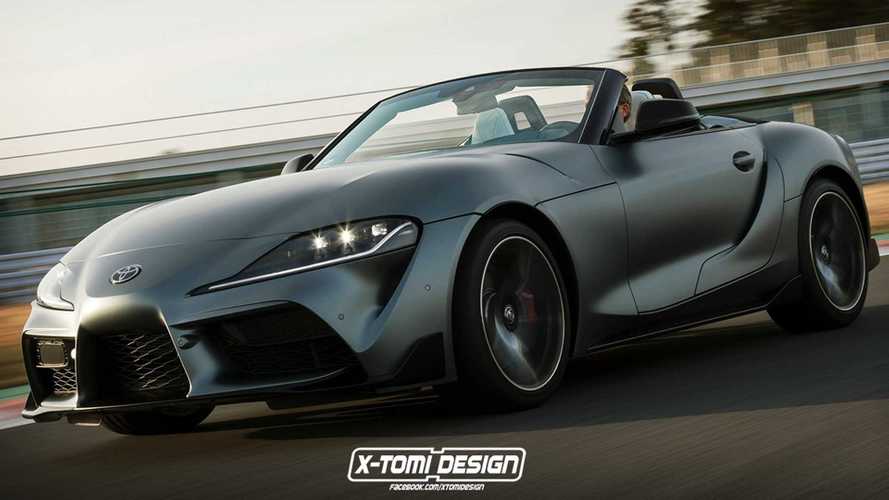 Hot on the heels of the Supra’s much-hyped unveiling yesterday at the Detroit Auto Show, X-Tomi Design has decided to chop off the roof of Toyota’s sports coupe and turn it into a convertible. While this may seem like a crazy idea, let’s keep in mind the third and fourth generations of the Supra were available with a removable roof panel. Not only that, but Toyota has actually admitted it’s toying around with the idea of giving the A90 the droptop treatment.

Indeed, it was only about three weeks ago when Supra’s chief engineer, Tetsuya Tada, talked about the possibility of driving a new Supra with the wind in your hair. While a decision hasn’t been taken, Tada did say: “Of course, we consider this [convertible].” When you think about it, this is something that would make sense considering the fifth-gen Supra is closely related to the new BMW Z4 roadster, so it probably wouldn’t be very hard to come out with a convertible A90.

Gallery: Scion says no to convertible or turbocharged FR-S

With Toyota deciding a few years ago against building the 86 Convertible as a follow-up to the FT-86 Open concept (pictured above), it means the company is not offering a droptop model in the United States. Introducing a Supra featuring a folding fabric top like the Z4 has would fill a niche in the automaker’s lineup. Come to think of it, Toyota’s premium division Lexus doesn’t have a convertible either, although the LC Convertible concept is probably a taste of things to come.

Should the Toyota Supra Convertible get the stamp of approval, it will command a premium over its fixed roof sibling. As a refresher, the standard 3.0 Supra kicks off at $49,990 in the United States, but you can spend more on the generously equipped $53,990 3.0 Premium model and even $55,250 for the limited-run Launch Edition featuring some visual upgrades. A hotter Supra GRMN has already been confirmed, and that will obviously cost more.