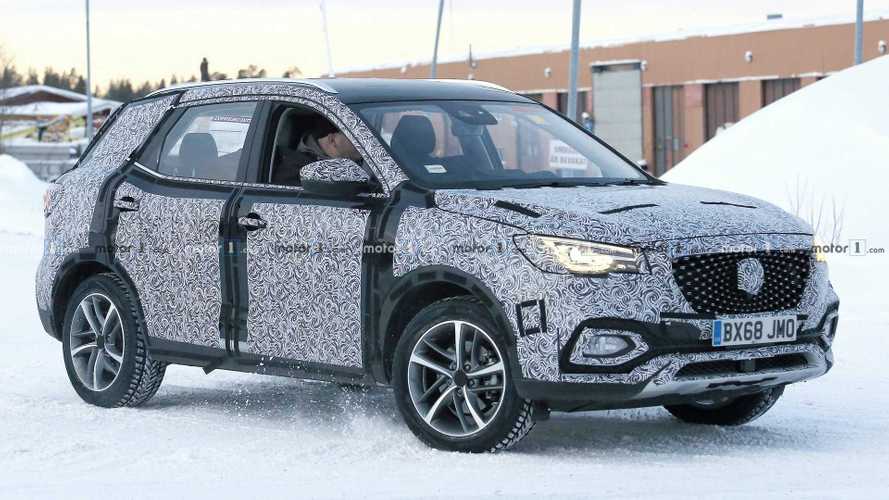 Less than a year ago, resurrected MG brand revealed its X-Motion SUV concept during the 2018 Beijing Auto Show. The study previewed a dynamic flagship sport utility vehicle for the brand, which is now taking prototypes out for tests before the actual production begins. These two trial cars were shot by our photographers somewhere in Scandinavia with British registration plates and both featuring an RHD configuration.

While both cars still have a full-body disguise, the one with the BX68 reg plate seems somewhat closer to the final production look of the SUV. Most of all, that’s due to the different design of the rear bumper’s diffuser and the two exhaust tips surrounding it.

Other than that, both prototypes look almost production ready featuring their final light clusters at the back and up front. These are obviously ICE-powered vehicles and word on the street is a 2.0-liter turbocharged gas motor is under the hood.

It’s the turbo that’s also used by the Roewe RX8, a large, China-made SUV produced by a brand born from the ashes of Rover. This unit generates 221 horsepower (165 kilowatts) and is likely mated to an eight-speed automatic gearbox. As far as the new MG SUV is concerned, in standard form, power is reaching the front wheels, while optionally available should be an AWD system.

Since its relaunch, MG, which still has a design center in London, has been focused mainly on the Chinese market but is also targeting a global expansion. The automaker is still introducing all its new models in the People’s Republic first and is then sending some of them on the European continent, like the MG6 sedan and XS small crossover.

The new SUV seen recently testing is also expected to reach the shores of the Old Continent. Before that, MG will start selling it in China before the year’s end.