Whatever this is, we'll see it at the Geneva Motor Show.

The folks over at Italdesign have been keeping themselves quite busy lately by launching not just the Zerouno in coupe and roadster flavors, but by working on some side projects as well. The most spectacular of them all is the GT-R50, a hugely expensive bespoke version of the Nissan GT-R you can have for a mere $1.12 million, but you’d better hurry as only 50 will be made. Italdesign has also prepared a luxurious version of the Mercedes V-Class for a Chinese company, and now they’re getting ready to unveil something of their own.

Teased here for the first time, it’s a new car we will see in full at the beginning of March during the 2019 Geneva Motor Show. Italdesign doesn’t go into any details whatsoever, but promises to publish a teaser every week to reveal more of the vehicle in question prior to its big debut. We don’t know at this point whether it’s a production car or a concept, but we have a feeling it’s something quite exciting. 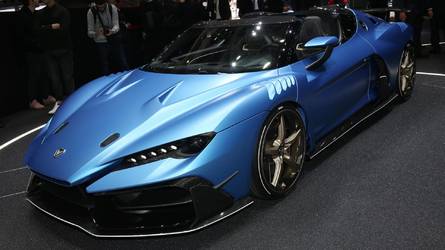 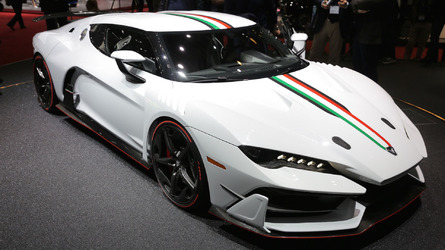 The adjacent teaser image appears to be an aerial view of the car’s derrière, showing the rear glass and a bit of the curvaceous body with a vented quarter panel. We could be looking at a two-door coupe with a convenient liftback in the same vein as the Mercedes-AMG GT.

With Italdesign being part of the Volkswagen Group since it’s owned by Audi, the company has access to a ton of hardware it can adapt for its production cars. For example, the aforementioned Zerouno is closely related to the Audi R8 and its sister model, the Lamborghini Huracan. It wouldn’t make financial sense for a small company such as Italdesign to develop a new car from the ground up, so if we are indeed looking at a teaser for a road-going model, it likely has VAG underpinnings.