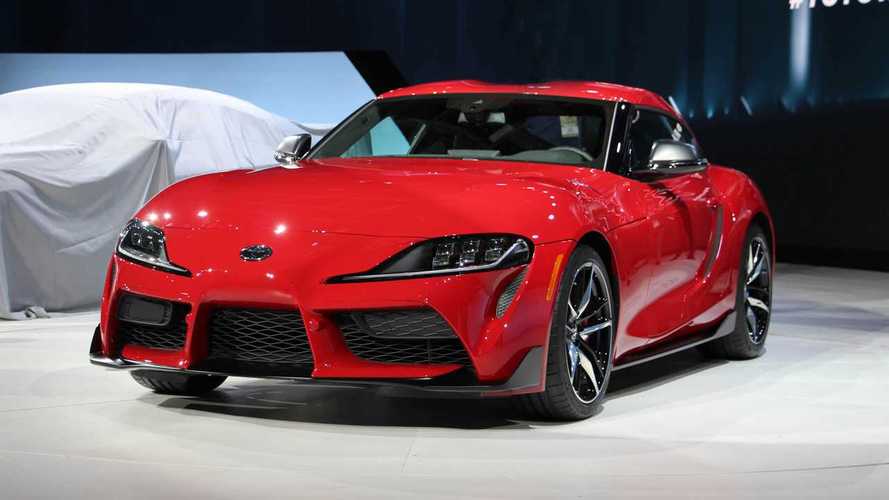 Update: The livestream is over and after an absence of nearly 20 years, a new Supra is here. Read all about it at the links below.

It's Here, The New Supra:

To say the Toyota Supra (A90) has been a long time coming would be the understatement of the year considering the sheer amount of teasing we had to endure. But no more concepts, previews, leaked images, race cars, hearsay, etc. This is the real deal, and we’ll see it live in a matter of hours on the dawn of the Detroit Auto Show.

Although we have to admit there’s not much of a secrecy regarding the BMW-powered Supra, we are still eager to see it live and discover whether the sporty coupe is worthy of the hype. The lovely FT-1 concept from five years ago has turned out to be a window into the design of the fifth-generation model, although obviously toned down a bit as you’d expect from a road-going car.

While the Supra will launch at first as a coupe, Toyota is not ruling out the idea of introducing a convertible later in the model’s life cycle. We also know that while an automatic transmission will be installed in all left-hand-drive vehicles, those living in RHD countries might get the Supra with a manual gearbox.

Further down the line, a hardcore Supra GRMN will be launched and it’ll probably have a more powerful engine. Speaking of which, the straight-six 3.0-liter unit of BMW origins is the same one you’ll find in the revamped Z4 roadster with which the Supra shares a lot of the hardware. Spy shots have shown Toyota’s version will also borrow a thing or two from recent BMW interiors.

Crash Course In Toyota Supra History Prepares Us For Next Gen

Getting back to the subject of engines, Supra’s chief engineer, Testsuya Tada, announced back in July 2018 plans for a four-cylinder mill that will enable “much better weight distribution.” However, Toyota has already revealed the Supra will have perfect 50:50 distribution (and LFA-matching body rigidity), so it will be interesting to see what he meant by that. Naturally, the four-cylinder model – likely to be powered by BMW as well – is going to be cheaper.

Check back at 2:40 PM GMT / 9:40 AM EST to see the 2020 Toyota Supra live from the Detroit Auto Show during a presentation that should last about 30 minutes.

Have you seen the race cars yet?