It's a complex process that's made understandable in this six-minute video.

It has been more than three years ago when BMW introduced the M4 GTS – its first Bimmer to be installed with a Bosch water injection system. With this system, the track-focused M4 GTS is able to produce 493 horsepower. However, that process, even though it has been used before by Chrysler and Saab, as well as in the aircraft industry, has never been quite fully explained to the point that a common motorhead would be able to understand it.

Fortunately, Engineering Explained goes back to the whiteboard and took time to explain the seemingly miraculous engineering feat.

In a nutshell, the main purpose of the water injection system is to decrease the temperature before the combustion chamber in order to prevent the possibility of engine knocks or premature ignition. This is done by spraying distilled water onto the intake manifold, which comes from the 50-liter tank at the trunk. But how does that provide an extra 50 hp boost to the engine?

Apparently, with the denser air and lower temperatures, BMW was able to increase the boost from the turbocharger from 17.2 to 21.6 PSI. The increased boost should, of course, increase the final output and together with aggressive timing, the M4 GTS could produce 493 hp – up by 49 hp from a regular M4.

Another advantage of the water injection system is that it could reduce thermal stress in the engine parts like the pistons, exhaust valves, and catalytic converters since they would be operating in lower temperatures.

Some geeky bits you could read to enrich your inner car nut: 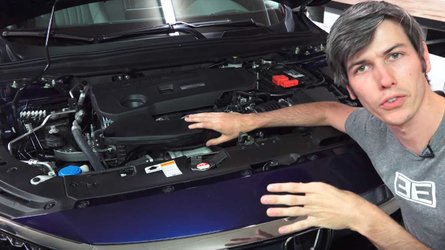 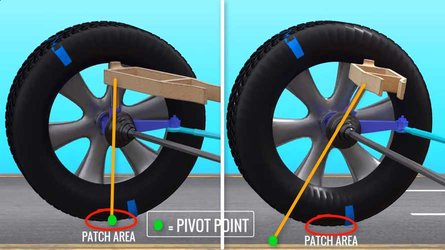 Here's Why The Front Wheels Automatically Return To Center

As the water injection system would only engage when driving in heavy load (5,000 RPM and wide open throttle), refilling the water tank in the trunk won't really be an issue if the car is used for regular road drives only. And besides, the engine will recognize if the tank is empty and will automatically adjust the timing just in case, so there's that.

For the record, the water injection system has been used in the aftermarket scene, but this is almost the first time that an OEM manufacturer included the system in a car right out of the showroom. With that, it makes us wonder what would happen if methanol and water would fill the tank. Would it promote a higher boost? Or is it even possible with the Bosch system installed in the M4 GTS? Guess we'll leave that to the aftermarket geniuses.