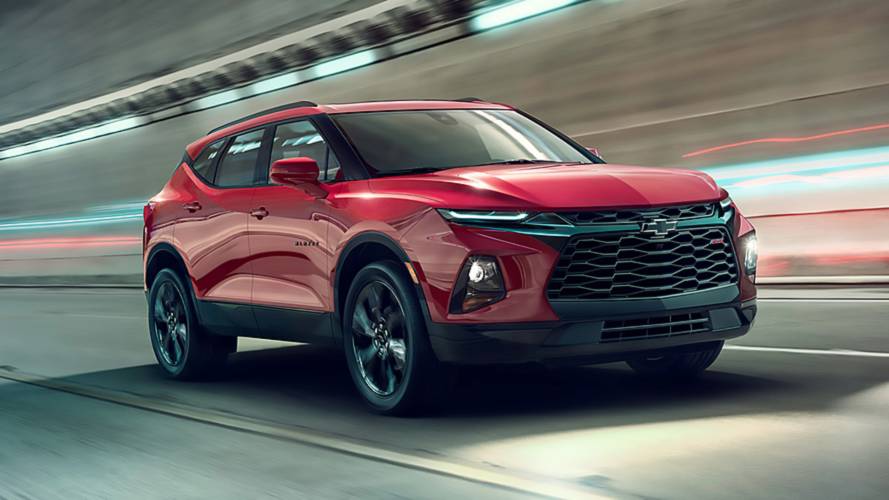 Production is underway down south, while the fate of five GM plants up north hangs in the balance.

A vice president of the United Auto Workers Union has some choice words for General Motors. According to a report from Automotive News, UAW Vice President Terry Dittes isn’t pleased with Chevrolet’s decision to build the new Blazer in Mexico. In fact, he allegedly encouraged people to not buy the new SUV, which is assembled at the company’s plant in Ramos Arizpe about 150 miles south of the U.S. – Mexico border.

Automotive News reports that, in a letter to UAW members from January 4, Dittes wrote that he hoped “not a single UAW member, family member ever purchase this vehicle unless it is made in the U.S.A. by our UAW members.” Furthermore, he allegedly called GM “heartless” and accused the company of only caring about money. Of course, a company’s primary goal is to make money, but we get what he’s saying here. To GM's credit, it told Automotive News that many Blazer components are built in the U.S. by UAW workers.

Dittes also brought to light GM’s recent decision to end production at several plants in the United States. Back in November (linked above), the automaker announced massive cuts to it salaried workforce of 15 percent, and while there wasn’t any specific mention of manufacturing plants closing, GM did say no future products were allocated for five plants in the U.S. and Canada. Specifically, those facilities included Lordstown, Ohio, Hamtramck, Michigan, White Marsh, Maryland, Warren, Michigan, and Oshawa in Canada. Basically, no product allocation suggests these facilities will close.

All of this happened after GM reported a healthy third-quarter profit of $2.5 billion dollars, which was followed almost immediately by the company announcing a voluntary buyout program to employees. We now know that was a prelude to some substantial cuts to the workforce, but one can’t help but wonder what executives at GM know that the rest of us don’t. And there’s no denying the not-so-great aftertaste of prolific U.S.-based cuts following billions in profit, all while the automaker launches a new SUV built south of the border – especially given the current political climate.