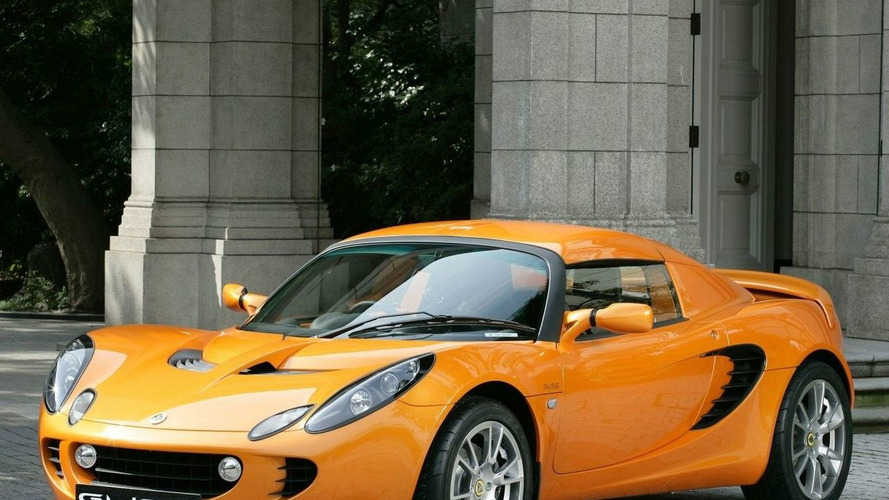 14 World premieres will get their formal introduction this week at the L.A. Auto Show. We give you an insider's look at what to expect from the press conferences over the next few days.

Nearly 15 vehicles will be formally introduced to the world this week, as press days for the 101st Greater Los Angeles Auto Show kick off on Wednesday, November 14th, at 8:20am with a keynote address by Ford CEO Alan Mulally.  Ford will be holding press conferences for five of their brands, but only Ford and Lincoln have world debuts (the other brands are Jaguar, Mazda, and Volvo).  Green will again be the key color in L.A. this year, as automakers will repeatedly try to thump their chests in effort to woo the public, in spite of the ever-ballooning cost of gas.

Here's our preview of this week's events at the Los Angeles Convention Center:

First up we have Audi.  Nobody really knows for sure what Audi has in store for us, but they are believed to have something special in the hopper.  What could it be?  A new concept?  The R8 convertible?  An American-spec  A1?  We will let you know shortly after the 11:10am (California time) press conference on Wednesday, November 14.

Folks at BMW will be giving North America its 1-Series debut in Los Angeles.  Americans will only get to get their hands on the Coupe, although if the A1 makes a splash in the States it may be possible that Munich sends over a hatchback.  At least the U.S. 1-Series will have a Start/Stop button.

On the other hand, if you aren't into faking environmental street cred, you could instead go balls out and pick up the 2009 Cadillac Escalade Platinum.  Just debuted in Miami, this edition the Escalade comes with Magnetic Ride Control, French-seam leather, wood, and aluminum trims, as well as cupholders that keep your drink hot or cold, and two video screens to watch An Inconvenient Truth on.

Chrysler will present its 2008 Chrysler Aspen Hybrid in Los Angeles.  Almost an exact replica of the Dodge Durango, Chrysler execs think that despite oil prices nearing $100 per barrel, there is still room in the segment for another gas-guzzling SUV.  Since this is in Los Angeles, it makes sense they would debut the Aspen Hybrid this week.  Green will be a huge theme at the show, just like last year.  For more on the stats of the truck, see the mention about the Dodge Durango Hybrid one section down.

Also taking a bow in La-La-Land is the 2008 Dodge Viper SRT10 ACR.  Remade with less drag and more downforce, this Viper also has an adjustable, carbon fiber rear wing.  Several other aspects of the car are outfitted with the super-lightweight material, helping to reduce overall weight.  All-in-all, Dodge cut 80 lbs. off the Viper for this street-legal track car.  Pricing is expected to be announced at the show, but it is believed to come in with a MSRP under $100,000.

Executives will announce expectations that the 2008 Dodge Durango Hybrid, debuting in LA, to improve fuel efficiency by about 10%-20% on the highway, and 40% in the city.  Nearly identical to the Dodge Durango Hybrid, its 5.7 liter HEMI Hybrid will get about 19mpg city and 20 to 22mpg highway.

We put up some pics and video this week and last of the 2008 Ford Mustang Bullitt Edition.  Huge fans of the famous Bullitt chase scene that we are, we are excited to see this step up from the Mustang GT.  Looking like a truly mean ride, the muscle car (not as fast as a GT500, I know) has some nice trim for fans of the movie.  Only 7000 Bullitt edition Mustangs will be made, and some think this will be the last time Ford revisits Steve McQueen for quite some time.

Will it or won't it?  Hyundai fans want to know if the Hyundai Concept Genesis Coupe will in fact go into production with two engine options: a turbo charged, four cylinder,  2.0 liter getting 215 horsepower, or a 3.8 liter V6 getting 300 horsepower.  True pricing should be between $20,000 and $26,000, with optional goodies to include a sunroof and Brembo brakes.

Lincoln will show off its 2009 Lincoln MKS this week, the first time the production car will be seen in public.  Debuting as a concept at Detroit in 2006, the MKS will likely have a turbocharged V6 getting nearly 400 horsepower with 415 ft-lb of torque.  The leather-lined four door sedan looks like it will also have a sunroof.

Lincoln is trying hard to appeal more towards a younger crowd.  They just signed hip-hop artist Common for their new Navigator marketing campaign.  Common has relocated to Los Angeles from Chicago in recent days.  Kanye West helped bring his fellow Chicagoan out from the shadows into a brighter light over the last few years.  We would not be surprised to see Common appear at the L.A. show.

Knowing that a close relative of mine had the option to pick up a Lotus Elise last year and passed it up makes me weep softly into my pillowcase some nights.  But if somebody put him behind the wheel of the 2008 Lotus Elise SC, I'm not so sure he could turn it down.  First announced a few weeks ago, the Elise SC will weigh less than 2,000 pounds, and be paired with an engine that is capable of unleashing 217 horses.  Zero to 60 mph in 4.4 seconds, and a top speed of 150 mph gives one hope that there is a meaning to the universe.

With a little bit of luck, Lotus will also bring out a 2008 Exige S with the new Performance Pack.  In the pack is a Magnuson/Eaton M62 Supercharger, boosting output from 218 horsepower to 240.  Maximum torque is at 170 ft-lbs.  With a larger roof scoop, and higher torque clutch, you can take this Exige S from zero to 60 mph in 4.0 seconds, and bring it all the way up to 153 mph.

Pictures of the somewhat futuristic looking 2009 Nissan Murano came out a few days ago, in advance of its debut in California.  The new Murano has a double-paned sun roof, a more swept back look, and bolder feaures like streamlined taillights.  More details about this crossover should be released at the auto show.

Pontiac will present to us its 2009 Pontiac Vibe at Los Angeles.  Utilizing the same platform as the Toyota Matrix, the 2009 Vibe looks better than it did in years past.  We will believe it when we see it in person, but for now, the Vibe looks viable.  Base model purchasers will find a 1.8 liter 132 horsepower engine under the hood, with a 2.4 liter 158 horsepower standard on the AWD and GT trim levels.  We expect Pontiac will let us in on the 0-60 times of this crossover this week.

Porsche made some news recently by announcing that they will bypass the North American International Auto Show in Detroit to focus more on markets where they will reach more potential buyers.  One important market to Porsche is Los Angeles, and as was previously mentioned, the L.A. show will have a very green feel to it.  What better place for the Stuttgart-based automaker to unveil its Porsche Cayenne Hybrid.  Expected for production by 2010, this hybrid SUV is believed to be capable of 26 mpg in the city.  Porsche says the truck will still be able to handle the off-road enthusiast, and it will be capable of pulling 7,000 pounds behind it.

Porsche lays claim to the first no-emission electric vehicle, which premiered in Paris at the Exposition Universelle of 1900.  The company has resurrected this world's fair relic in effort to show that they are not just a group of heathenous, Earth-killing automakers.

The WRX STI is sort of like the almost-hot girl with a great personality who you keep going out on a date with in the hopes that she will really shine this time around.  The curtain will be pulled back on the U.S. spec of the 2008 Subaru WRX STI in L.A. this week.  In the States, the car gets a 2.5 liter horizontally-opposed four cylinder engine, a full 25% greater displacement than the Japanese version.  We should get some more information on the car's power this week, and find out what Subaru will give North American purchasers for seats.  Recaros will not be available on this version.

Coming soon to showrooms is the 2008 Toyota Sequoia.  The all-new SUV comes with the same DOHC 5.7 liter V8 as its Tundra pick-up truck cousin.  The two also share the same chassis and powertrain.  We believe the Sequoia will also come with an independent rear suspension, but we will have to wait until the L.A. Auto Show press days to find out for sure.

Rumor has it that Volkswagen will make an updated statement about the delay in diesel engine production for the Jetta.  America is an unusual place for this announcement, considering the lack of diesel usage there, but with all the media there they will have a good opportunity to spin the story in their favor.

Remember the Volkswagen up! concepts from Frankfurt and Tokyo?  The first was meant as a possible Beetle replacement (or perhaps the direction they will take the Golf), with the engine in the trunk and neat features like removable seats.  The second up! was longer 10 inches longer and significantly uglier than its brother.  Like its sibling, it to has gas, diesel, and electric capabilities all coming from the rear. A third edition of the up! will be shown off in California.