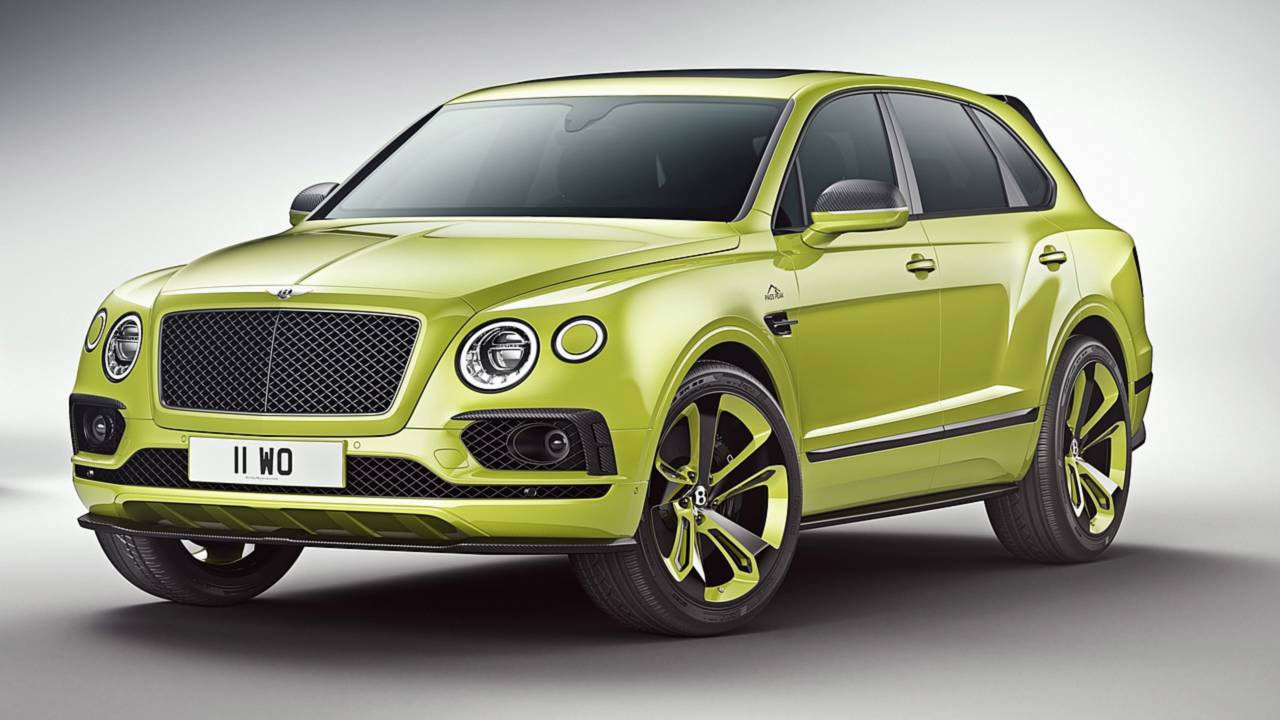 With the Pikes Peak racer, Bentley has already built a faster Bentayga by cutting 660 pounds (300 kilograms) of fat. The problem is you can’t just go to the dealership and buy one since the SUV-turned-race-car was engineered only to go up the hill at the Colorado event with Rhys Millen behind the wheel. However, an amped-up version of the opulent SUV is in the works and everyone will be able to buy it. “Everyone” as in those with the means to pay what will be a significant premium over the already pricy Bentayga.

According to a new report published by Autocar, the Bentayga Speed is coming out later this year with an upgraded twin-turbo 6.0-liter engine. Crewe’s engineers have apparently massaged the W12 engine to squeeze an extra 50 horsepower through various hardware and software upgrades. That would bring the grand total to a massive 650 hp, which would represent an extra nine horses compared to the Lamborghini Urus with which the Bentayga shares a lot of the hardware.

Another flavor of the Bentayga could be planned:

There’s no word about the amount of torque the W12 engine will deliver, but we won’t be too surprised if it will generate more than the already massive 664 pound-feet (900 Newton-meters) available in the regular Bentayga. While the standard version of the high-end SUV does 0 to 62 mph (100 kph) in 4.1 seconds and hits 187 mph (301 kph), the Speed is said to drop below the four-second mark and reach 190 mph (306 kph).

Autocar says a diet is not on the agenda for the Bentayga Speed since Bentley plans on maintaining the same level of luxury and comfort. In other words, the high-performance version will have an almost identical weight, at a hefty 5,379 pounds (2,440 kilograms).

In terms of pricing, the report goes on to mention the Speed will cost roughly 10-15% more and the price hike will come along with subtle exterior and interior tweaks.