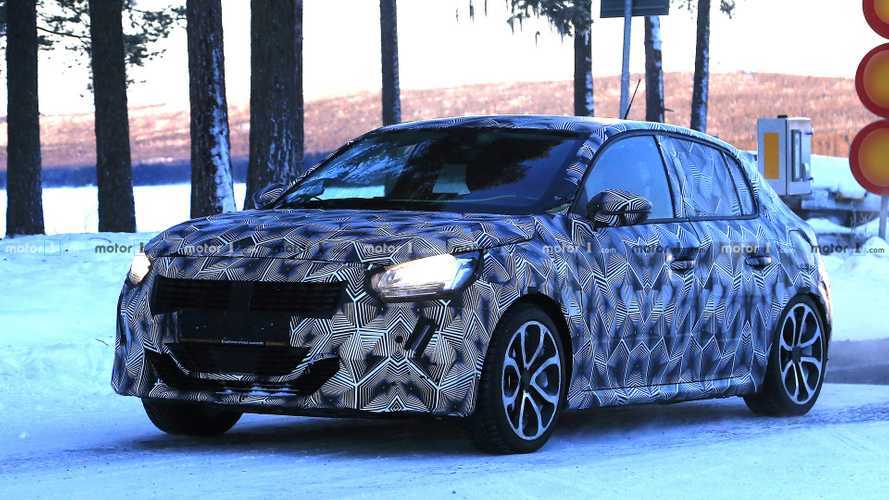 We can't wait for the camo to come off and reveal the supermini's 508-inspired design.

It’s no secret that we are quite fond of the 508’s design and we’re hoping its styling cues will rub off on future Peugeot models as well. It looks like the company with the lion badge is fulfilling our wishes as the next-generation 208 has been spotted with similar visual genes as the gorgeous liftback. Caught undergoing final testing in cold weather climates, the revamped supermini looked just about ready to ditch the camouflage and reveal its production-ready metal.

We are not at all surprised by the fact this prototype had five doors as it is strongly believed the next installment of the 208 will forgo the three-door layout due to a shrinking demand for this unpractical body style. Despite the disguise, it’s easy to see the front end design looks like more or less like a downsized 508 while the swanky taillights have a design similar to what you’ll find on Peugeot’s stylish liftback and wagon.

With dual exhaust tips at the back, this might just be the spicy 208 GTi, but don’t expect to see it from day one as logic tells us the hot hatch will arrive later in the life cycle. We don’t get to see the interior in this new batch of spy shots, but we already have an idea about its design as we saw a prototype back in October 2018 with a 508-esque dashboard theme. In case you’ve missed it, here’s the spy shot we are talking about:

Not only will the Peugeot 208 have an entirely new design inside and out, but underneath the skin it’s going to be a totally different car compared to the outgoing model. That’s because it will switch to the PSA Group’s Common Modular Platform already used for the DS3 Crossback. The transition to the CMP platform will open up the possibility for an all-electric 208 expected to arrive further down the line.

Meanwhile, the regular 2019 Peugeot 208 will premiere in March at the Geneva Motor Show before going on sale in Europe later this year.