What are the odds of this happening?

Here’s something you'll probably think about during your next commute down the highway. A 53-year-old woman in Melbourne, Australia was casually rolling down the road when a whopping big overhead road sign came crashing down. The impact crushed the front of her SUV and flattened the roof on the driver’s side, but amazingly she only suffered minor injuries. The driver went to the local hospital for neck and hand problems, which seems pretty remarkable considering what we see happening in the above video. 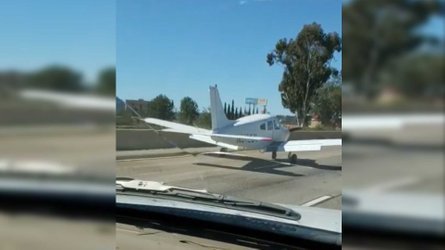 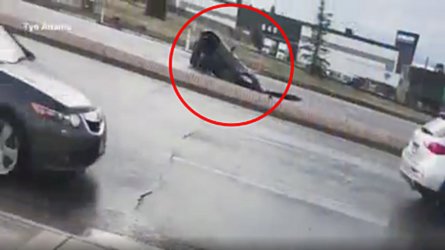 What exactly happened here? That seems to be quite a mystery. According to a report from abc.net.au, the incident occurred yesterday evening during the rush hour commute, but bad weather or high winds were not a factor. The sign simply came down, which is a bit unnerving no matter how you look at it. It goes without saying that a full investigation is underway to determine why the sign fell, but the report does mention it had been recently upgraded. Perhaps there were some leftover fasteners when installers were done? 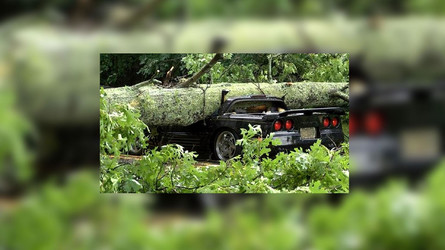 Corvette Crushed By Massive Tree In Storm, Driver Walks Away
⠀ 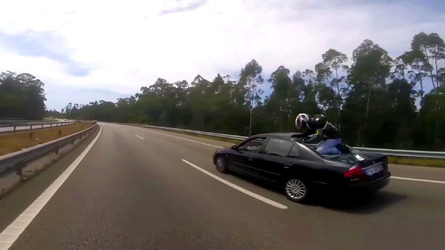 Lucky Rider Smashes Into Car, Lands On Back Shelf Safely

An initial investigation suggested something went wrong with the sign’s overhead gantry, though a specific cause wasn’t readily apparent. A sign adjacent to this one was inspected after the incident and was found to be just fine. Then again, the airborne sign was also allegedly inspected after it was installed and well, you can see how that turned out.

We’re just very thankful the driver of this SUV wasn’t seriously hurt. It’s also weirdly amazing that no other vehicles were struck despite the area being filled with rush hour traffic. Could there be supernatural forces at work here? We’ll certainly be paying closer attention to those big signs the next time we’re out and about.