Someone Built A 300 Hellcat, But It Wasn’t Chrysler

See, Chrysler? It's not that difficult.

Chrysler tested a prototype of a 300 Hellcat back in the summer of 2017 but, eventually, the project was canceled leaving the sedan without Fiat Chrysler Automobiles’ ridiculously powerful Hellcat engine. The automaker is even considering abandoning the 300 in general but before (and if) that happens we’re happy to report an enthusiast has already built a 300 Hellcat.

We all know the sedan shares its underpinnings with Dodge’s Challenger and Charger so installing the 6.2-liter Hellcat engine under its hood is a relatively easy task. In stock form, this motor generates 707 horsepower (527 kilowatts) and 650 pound-feet (881 Newton-meters) of torque, which is significantly more than the 470 hp (351 kW) and 470 lb-ft (637 Nm) of the 300's most powerful variant currently available. The owner of the vehicle even bolted two Hellion turbos to it for a new peak output of about 1,000 hp (746 kW) when running on E85 fuel.

Go back to testing prototypes, Chrysler: 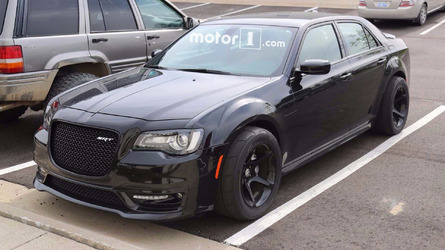 Hellcat All The Things: Chrysler 300 Spied With Telltale Clues 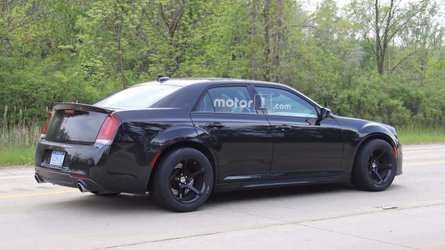 Chrysler 300 Hellcat May Not Happen After All [UPDATE]

A recent video from the TalonTSi97 channel on YouTube shows the vehicle is indeed quite fast on the drag strip with 10.11 seconds at 145 miles per hour (233 kilometers per hour) but it’s still slower than the Dodge Demon. That’s probably the most natural thing in the world since the 300 in this form weighs approximately 4,500 pounds (2,040 kilograms). Shaving off the weight to about 3,800 lbs (1,724 kg) should probably enable the car to run the quarter-mile in the mid-9s. But don’t get us wrong – it’s definitely not a slow vehicle by any means.

There’s still some hope that the 300 would get the Hellcat engine from factory as a big refresh for the luxury sedan is rumored for later this year. Giving the relatively outdated vehicle a major power boost should definitely help it recover its positions on the market and sell more than 50,000 examples per year again. In 2018, Chrysler shifted 46,593 units of the model which marks the first time it goes below the 50,000 mark since 2011.