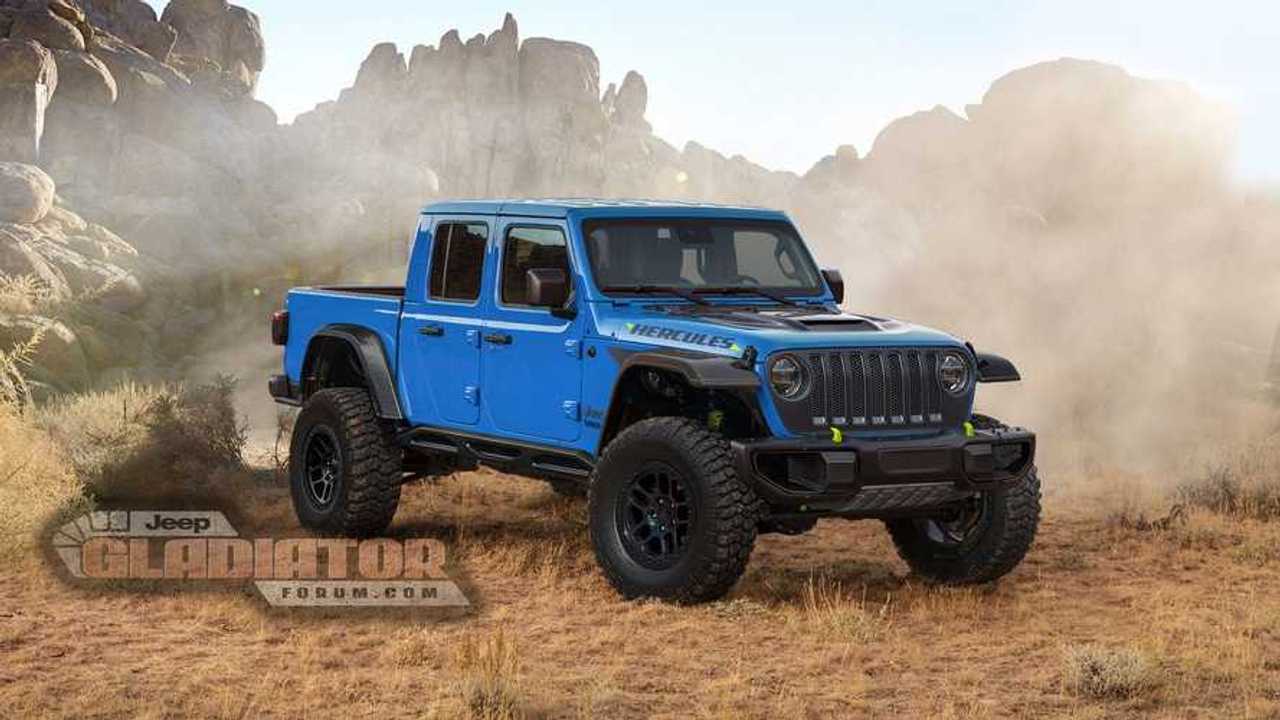 Prototypes are being built, but the model hasn't been signed off yet.

The much-awaited Jeep Gladiator was revealed at the end of November 2018 and you won’t find one at your local Jeep dealer until the second quarter of the year. Even though the pickup truck is not for sale yet, the rumor mill never sleeps as a new report indicates a high-performance derivative might be in the works. Our friends over at the Jeep Gladiator Forum have it on good authority prototypes of the go-faster version are already being built for testing purposes.

Don’t get too excited just yet as the same source goes on to mention Jeep’s officials haven’t signed off the meaner Gladiator expected to carry the suffix of a Roman god. The company is at that stage where it’s trying to figure out whether such a version would make sense, a version which would go after the Ford Ranger Raptor if the Blue Oval will ever decide to bring it to the United States.

It’s worth mentioning that Jeep through its design boss, Mark Allen, has already hinted about the prospects of a more exciting model. Speaking in an interview (attached at the end) with Autoline at last year’s Los Angeles Auto Show, he did mention a high-speed off-road vehicle is on the agenda for Jeep’s expansion, though that doesn’t necessarily mean he was referring to the new pickup truck.

Should the Hercules get the green light, it will obviously have to top the 285 horsepower and 260 pound-feet (353 Newton-meters) of torque offered by the 3.6-liter Pentastar V6 in the regular Gladiator. A more aggressive design as speculatively rendered by the Jeep Gladiator Forum with Mopar goodies would certainly be part of the package along with other hardware upgrades.

Even if approved, it will probably be a while until you’ll be able to place an order for the Gladiator Hercules, but it’s nice to hear Jeep is already thinking of ways to spice up its long-overdue pickup truck.

Get up to speed with the Gladiator:

2020 Jeep Gladiator Configurator Goes Live, But No Pricing Yet