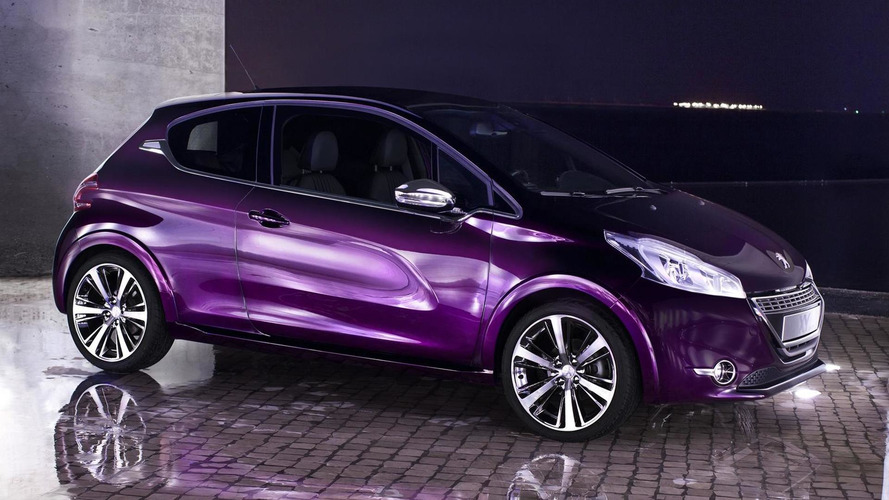 It is billed as an urban chic and features a special "Pulsion" livery that appears to change color depending on how close the the vehicle you are.

Peugeot is hitting the Geneva Motor Show hard with their 208 range. The three and five door hatchbacks were revealed and confirmed last year while we have just introduced the first pictures of the 208 GTi Concept. But that is not all, Peugeot will also unveil the XY Concept to the Geneva crowds and here are the first pictures and details.

It is billed as an urban chic and features a special "Pulsion" livery that appears to change color depending on how close to the vehicle you are. The unusual feature is achieved with a very precise application of sixteen coats of color and clear lacquer. The exterior is complimented by a set of dual-effect 18-inch alloy wheels and although it is not shown in the preview pictures released, there is also a panoramic glass roof that has colored chrome on the trim.

Under the hood, there is a 1.6-liter e-HDi engine that generates 115 bhp ( kW / PS ) that is mated with a 6-speed manual transmission.