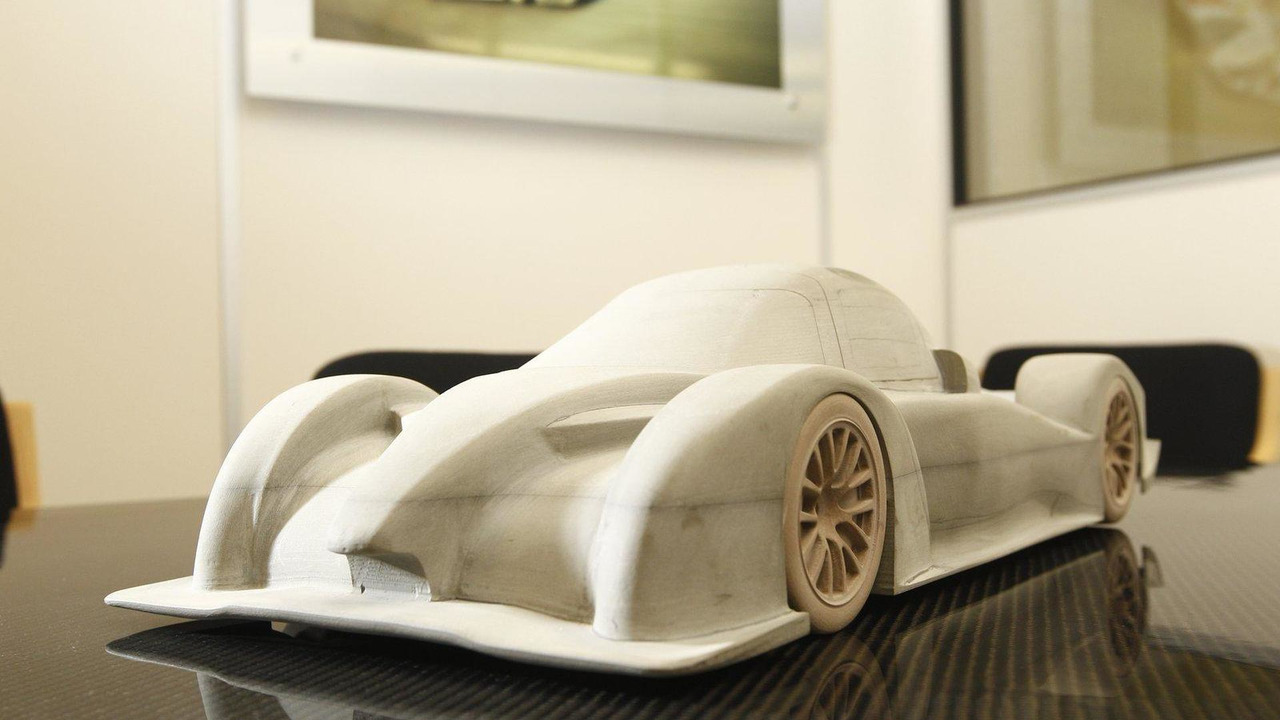 Sport Auto's Christian Gebhardt was recently visiting Radical headquarters in Peterborough UK for a roadtest of the street legal SR3 SL. During his stay, Radical gave the German journalist a surprise preview of their new 2014 Radical RXC Coupe.

Presented as a miniature model, the RXC Coupe represents the British manufacturer's first attempt at a closed top variant of their purist sports car range.

In general, the RXC Coupe will be available as street legal and race car versions with a V8 engine producing, for the later, approximately 650 hp (485 kW). Transmission will be a sequential 7-speed with paddle shifters.

Radical's Marketing Executive, Will Brown says, "The RXC will be significantly wider than the previous vehicles." Compared to the current Radical SR8 RX which measures 1,790mm wide, the RXC will be 1,950mm.