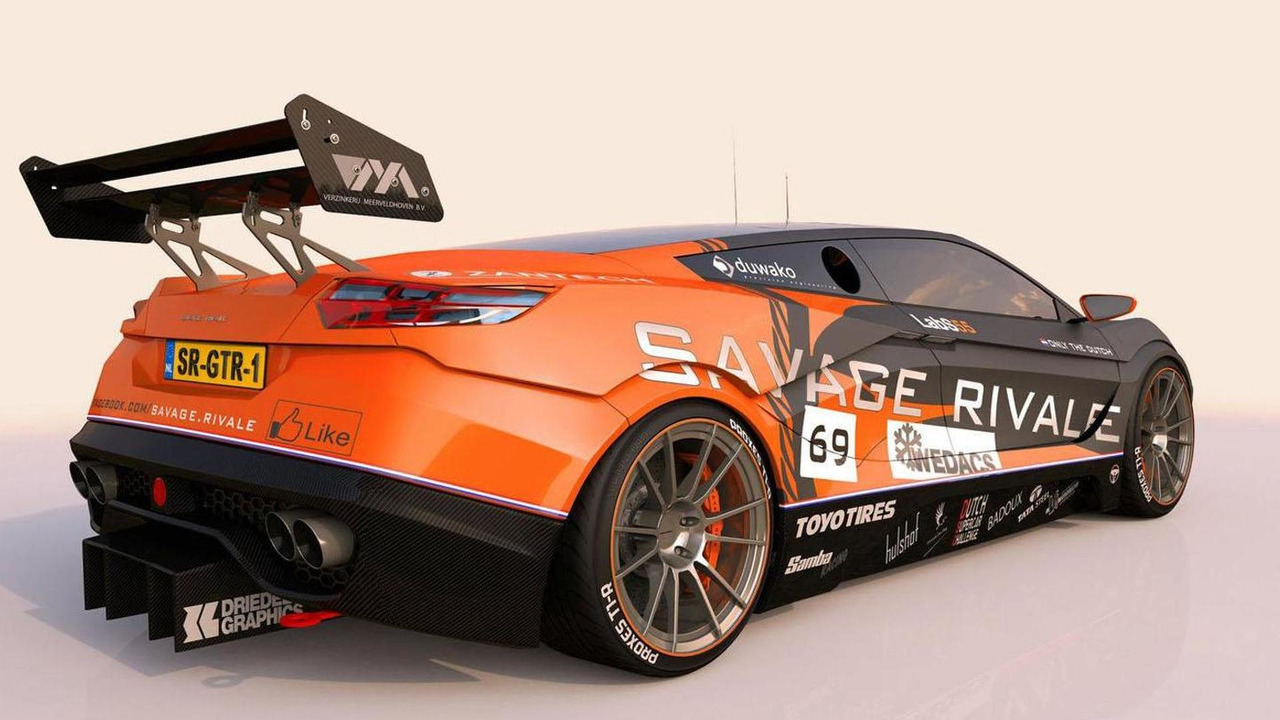 Based on the Roadyacht GTS, the GTR is a high-performance coupe which has a top speed in excess of 360 km/h (224 mph).

Savage Rivale has announced plans to introduce the GTR at the Top Marques Monaco.

Based on the Roadyacht GTS, the GTR is a high-performance coupe which features a tubular chassis, an adjustable coilover suspension and Brembo carbon ceramic brakes. There are also scissor doors, xenon headlights and a prominent rear spoiler.

Interior pictures were not released, but the cabin has a Recaro race seat (with a six-point harness) and carbon fiber trim.