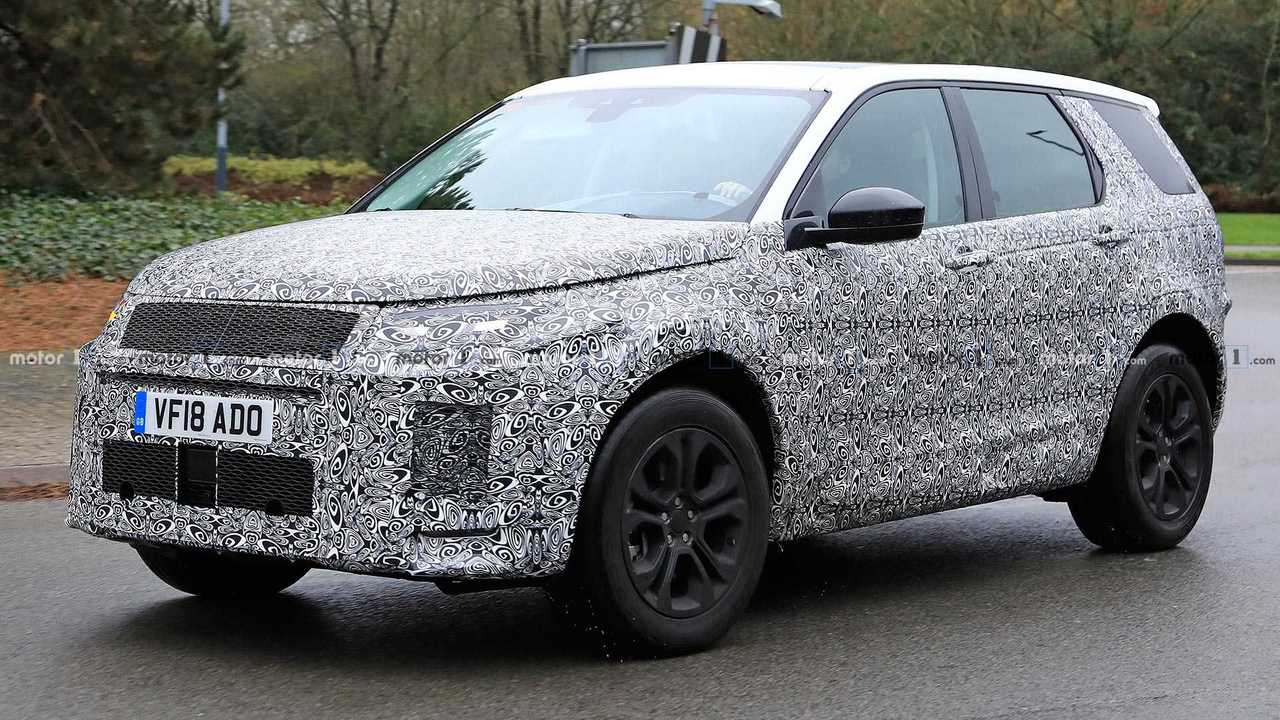 Land Rover reportedly plans to straddle the line between a traditional refresh and new generation for its upcoming tweaks to the Discovery Sport. These spy shots catch the SUV under heavy camouflage while testing in the United Kingdom. Look for a full unveiling in late 2019 or early 2020.

This test mule wears both a full body of camouflage and a few concealment panels, but a few changes are visible. The grille is completely hidden, but there appear to be skinny new headlights. The covering over the lower fascia suggests the intakes there might be larger than the current ones. In profile, the SUV appears to be identical to the existing Discovery Sport.

The rear end is similar to the front by concealing the changes under extra panels and camouflage. Like the other end, the taillights seem smaller. The bumps on each corner and on the tailgate appear to be fake additions to throw us off the real shape.

On the inside, expect the Discovery Sport to adopt multiple digital screens like on the latest Evoque. One of them displays the instruments, and another tilts outward from the center stack for infotainment duties. A third shows the HVAC controls.

Under the skin, the Discovery Sport reportedly uses a revised version of its existing platform allows for mounting batteries to offer a plug-in hybrid powertrain. The tweaks might also free up some room in the cabin to make the SUV marginally more spacious.

Other than the addition of the hybrid, we don't expect the powertrain range to change much in the United States. Europe might get the choice of a 1.5-liter three-cylinder, in addition to the existing tunes of the 2.0-liter turbo four-cylinder.

The refreshed Discovery Sport might not be around very long because Land Rover is already preparing a new generation on its PTA platform. We expect it to go on sale as soon as the 2022 model year.