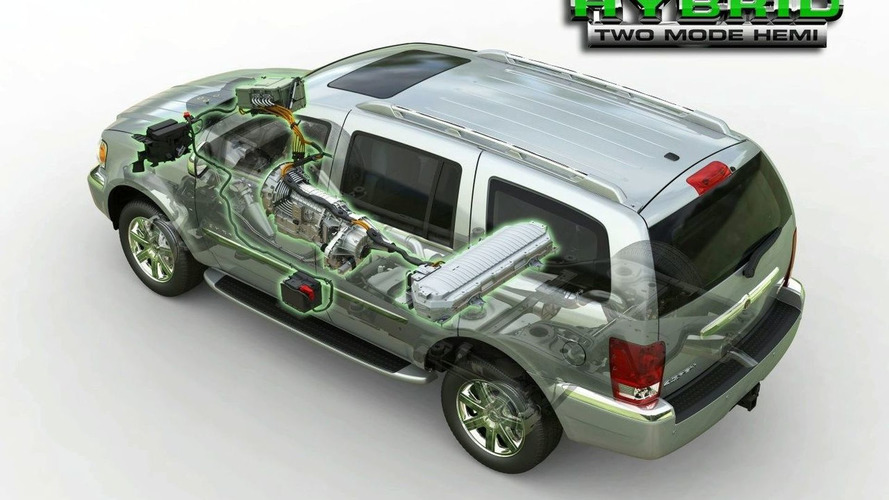 Chrysler has finally made their first foray into the world of hybrid cars over 10 years since the first production hybrids hit the world stage.

With today's introduction of the Chrysler Aspen Hybrid, Chrysler has finally made their first foray into the world of hybrid cars over 10 years since the first production hybrids hit the world stage.  The Chrysler Aspen Hybrid is either indicative of the slow thinking old guard which used to run things in Detroit, or the progressive thinking of the private equity firm which bought the brand earlier this year.

Oil prices are approaching $100 per barrel, so Chrysler opted to put the hybrid technology in a full size SUV clearly thinking that the American public's taste for the behemoth SUV will only weaken because of gas cost and not a public desire to own small cars.

Predictably, Chrysler has not directly released many specifics about the Aspen Hybrid's fuel economy, but the SUV should get about 21 miles-per-gallon, with the biggest improvement coming from city driving.  Its 5.7 liter HEMI V8 produces 385 horsepower mated to an electrically variable transmission.  Aspen will be able to tow up to 6,000 pounds.  Chrysler is also touting their Multi-displacement System, which automatically switches off four of the engine's eight cylinders when less power is needed.

Pricing is not yet available on the 2009 Chrysler Aspen Hybrid.  The SUV will be available at dealerships beginning in mind-2008.