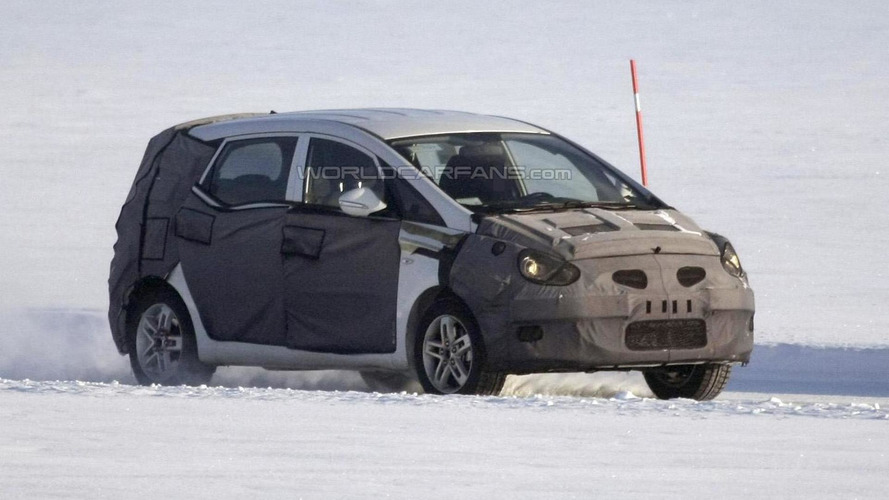 The camouflage hides most of the styling, but the extra clad padding on the rear suggests it will sport a sloping roofline.

At the 2008 Geneva Motor Show, Hyundai previewed their upcoming MPV / Crossover in the form of the HED-5 iMode concept. It seems to have taken quite a few years to progress from concept to production, but now we can bring you the first images of a prototype ix30 that has been caught while testing.

It carries the internal codename "SO" and although we can't see from this distance, there are three rows of seats for a total of 6 passengers. The camouflage hides most of the styling, but the extra padding on the rear suggests it will sport a sloping roofline just like the concept.

The new Hyundai ix30 may also be badge-engineered and used as a replacement for the Kia Rondo, although this cannot be confirmed at this time.

Upon launch, the new ix30 will battle against the likes of the Ford C-Max and Mazda5 for supremacy in the MPV / Crossover market.