When less is more.

With Aston Martins being arguably some of the most beautiful cars the automotive world has ever seen, modifying their design should be handled with great care. Overdoing it could ruin the sensual lines created by the talented folks from Gaydon, but thankfully, that’s not the case here as Startech knows how to handle the beauty that is the DB11.

A sister company of Brabus, Startech introduced its upgrade package for the V8-powered DB11 back in March 2018, and now YouTube star Shemee150 has released a detailed video with the lovely grand tourer. Shot at Brabus’ headquarters in Bottrop, Germany, the extended film shows all the ins and outs of the British GT with its multitude of copper accents.

Even though a surprising amount of changes have been made by Startech, all of them are subtle and do a great job at maintaining the DB11’s look while letting you know it’s a bit more special than the regular model. The discreet carbon fiber accents build upon the gorgeous bodywork of the AMG-powered coupe, while the new diffuser at the back with its F1-esque fog light is flanked by dual dark chrome tailpipes from the angrier custom exhaust system.

The newly gained muscle brings the V8 version closer to the meaner 630-hp, 700-Nm (516 lb-ft) DB11 AMR and while it’s slightly down on horsepower, it has a lot more torque. Thanks to the smaller engine, the V8 in standard guise weighs about 115 kilograms (253 pounds) less thank the stock V12, and that translates into a more nimble car.

But at the end of the day, the DB11 wasn’t built to take down Nürburgring records as it was developed as a GT first and foremost, which is why Tim Burton a.k.a. Shmee150 took it to the Autobahn and on some adjacent country roads where the car shines. 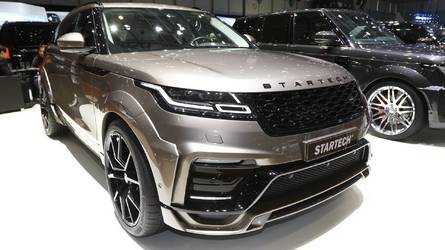 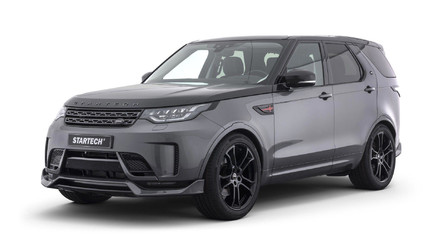 Startech Body Kit Gives Land Rover Discovery A Sporty Makeover
By: Adrian Padeanu
++
++
Got a tip for us? Email: tips@motor1.com