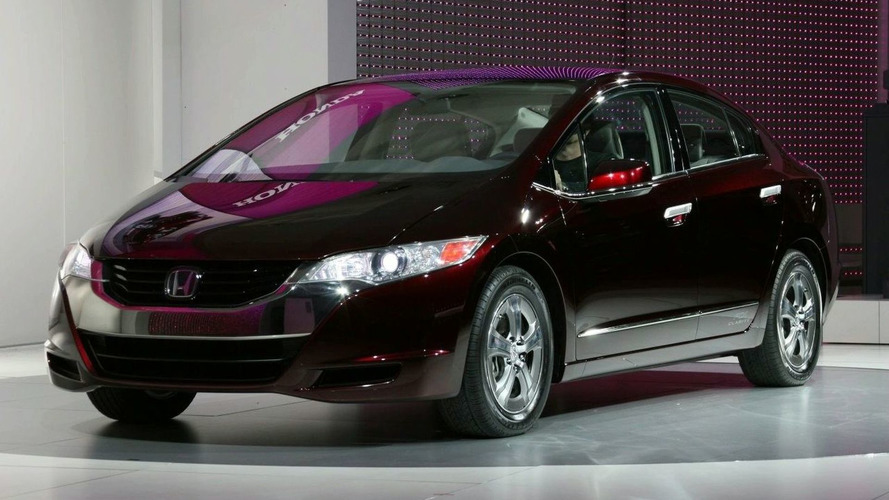 One of the first formal introductions at the Los Angeles International Auto Show came from Honda today, as they pulled the lid off the production version of their FCX concept.  Branded as the Honda FCX Clarity, the fuel cell powered vehicle will be marketed beginning summer 2008.

This zero-emission hydrogen-powered sedan has been improved to get better range and more power than its concept predecessor.  Honda further boasts about the car's lighter weight and better efficiency.

Planned for release exclusively in southern California, the FCX Clarity will move with 134 horsepower and 189 ft-lb of torque.  The first generation of Honda's compressed hydrogen gas powered car will have a top speed of 100 mph.  Currently, the FCX Clarity is available on a three-year lease at a cost of $600 per month, including maintenance and collision insurance.

Canada, Iceland, Japan, Germany, and other parts of the European Union are in the process of building a fuel cell infrastructure.  So it is only a matter of time before the Honda FCX Clarity, and other fuel cell vehicles, become more commercially available.