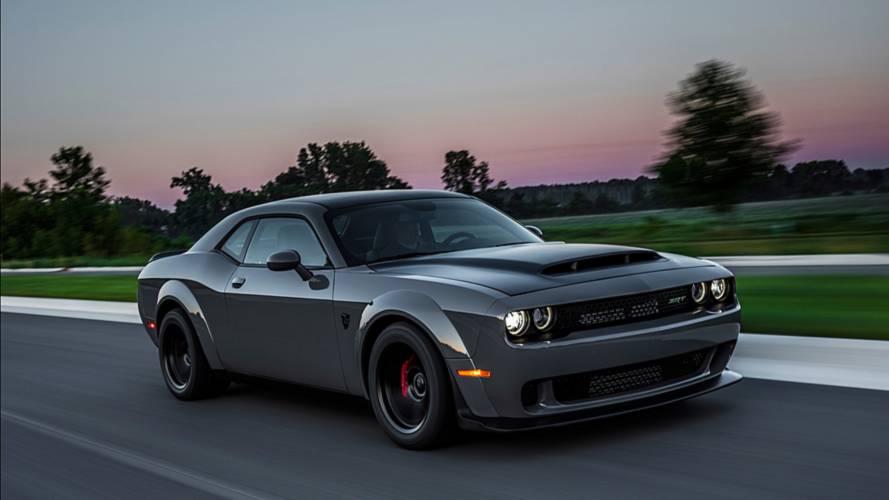 The sales numbers are in for America's trio of muscle machines.

As 2019 gets underway, we’re beginning to see the flood of year-end sales statistics from automakers. We’ll have a few 2018-in-review pieces coming, but right now our focus is on American muscle. The U.S. sales figures are in for the 2018 Chevrolet Camaro, 2018 Ford Mustang, and 2018 Dodge Challenger, and for one of these cars, the news is quite grim.

First New Mustang Shelby GT500 To Be Sold At Barrett-Jackson

We’ll lead with the sales leader, and that title goes once again to the Ford Mustang. The original Pony Car is still the favorite among U.S. buyers by a significant margin, with 75,842 ‘Stangs sold for the year. 2018 was the first full year for the car’s mid-cycle facelift, not to mention the launch of the new Bullitt but not all the news is good. Despite holding the top spot with ease, Mustang sales are actually down 7.4 percent compared to 2017.

We’ve heard some disapproving comments from the Mustang community about the car’s new front clip, or perhaps buyers are awaiting the new GT500 which will debut in just a couple weeks at the Detroit Auto Show. In any case, we suspect the year-over-year drop has the attention of Dearborn executives at the very least.

Also grabbing their attention – not to mention the high-level suits at FCA headquarters on the other side of Detroit in Auburn Hills – is Dodge Challenger sales. Despite a platform that’s now a decade old, sales for the big muscle car are up. 66,716 Challengers found new homes last year, a rise of 3 percent compared to 2017. It’s not much of an increase, but it’s the only car among the three to post a year-over-year gain.

Credit Dodge for continually offering interesting packages to keep the old Challenger relevant among competition that’s seen several major revisions in the same time frame. We also suspect the bonkers Challenger SRT Demon performed well not just at the drag strip, but in dealerships as a halo car.

The Camaro Is Really Good:

9 Reasons The Chevrolet Camaro 1LE Is Our Favorite Muscle Car

That leaves us with the 2018 Chevrolet Camaro, and as you can guess by now, this is where the news isn’t so good. Despite offering perhaps the best Pony Car among the three on this list, Camaro sales fell through the floor last year. Only 50,963 were sold, representing a 25 percent drop from the previous year. Like the Mustang, the Camaro entered 2018 with a facelift but it was widely criticized – so much in fact that Chevrolet is fast-tracking a new front fascia to production.

That’s too bad, because in our comparison tests we loved nearly everything about the Camaro versus the competition, especially its driving dynamics. Here’s hoping the new front fascia brings buyers back to Chevy showrooms, or else the fabled car could disappear from the lineup completely as it did in 2002.

Retail sales for the month rose slightly to 151,077 vehicles. Fleet sales totaled 45,443 vehicles and accounted for 23 percent of total sales during the month.

The Jeep® Wrangler was the standout for the month and the year. Wrangler notched record December sales of 19,800 vehicles and full-year sales of 240,032. The results significantly exceeded the former full-year sales record of 202,266 set in 2015.

“This year’s performance underscores the efforts we undertook to realign our production to give U.S. consumers more Jeep vehicles and Ram pickup trucks,” Head of U.S. Sales Reid Bigland said. “We see sales remaining solid in 2019 and we look forward to expanding our vehicle portfolio with the addition of the much anticipated Jeep Gladiator.”

Alfa Romeo Brand
Alfa Romeo brand December sales fell 4 percent to 1,946 vehicles. Alfa Romeo’s 2018 annual sales rose to a record 23,820, which was almost twice as much as the brand sold in 2017. Both Stelvio and Giulia finished the year notching more than 11,500 vehicle sales.

Chrysler Brand
Chrysler brand December sales fell 28 percent to 12,425 vehicles. However, the Pacifica reported higher year-over-year results as vehicle sales totaled 118,322. Overall, the brand has seen some softening during the year following the continued wind-down of the Chrysler 200 and the Town & Country.

Method of Determining FCA US LLC’s Monthly Sales. FCA US’s reported vehicle sales represent unit sales of vehicles to retail customers, deliveries of vehicles to fleet customers and to others such as FCA US’s employees and retirees as well as vehicles used for marketing. Most of these reported sales reflect retail sales made by dealers out of their own inventory of vehicles previously purchased by them from FCA US. Reported vehicle units sales do not correspond to FCA US’s reported revenues, which are based on FCA US’s sale and delivery of vehicles, and typically recognized upon shipment to the dealer or end customer. As announced on July 26, 2016, FCA US has modified its methodology for monthly sales reporting as follows:

PICKUP SALES FOR THE FIFTH CONSECUTIVE YEAR DOUBLE-DIGIT GAIN IN COMMERCIAL DELIVERIES VS. 2017

“We have built the most successful pickup, SUV and crossover business in the industry and we gained considerable momentum in the fourth quarter of 2018 as dealers began delivering the all-new Chevrolet Silverado, GMC Sierra and Cadillac XT4,” said Kurt McNeil, U.S. vice president, Sales Operations.

GM’s fourth quarter deliveries totaled 785,229 units and the company’s share of the industry’s retail sales grew every month from October through December.

“We feel confident heading into 2019 because we have more major truck and crossover launches coming during the year and the U.S. economy is strong,” McNeil added.

GM delivers more than 1 million crossovers in the U.S. in 2018

Total sales of all utility vehicles, including large SUVs, totaled 1,295,700, up 7 percent. The Chevrolet Tahoe and Suburban were up 5 percent and 7 percent, respectively, and the Cadillac Escalade ended the year with a retail segment share twice that of its closest domestic competitor.

A fast start for new Chevrolet and GMC pickups

GM’s all-new light-duty pickups, the 2019 Chevrolet Silverado 1500 and GMC Sierra 1500, have invigorated the segment and helped the company pass its domestic competitors in key areas:

These results reflect the successful sell-down of the previous generation Chevrolet Silverado and GMC Sierra 1500s, and strong demand for the all-new models. During the fourth quarter, the all-new models accounted for 17 percent of GM light-duty deliveries, as planned. By the end of January, the new models are expected to be the majority of light-duty sales.

“We are very bullish on pickups heading into 2019,” McNeil said. “The light-duty launch has been one of the best in our history, with a very smooth production ramp-up of the new models and a faster than expected sell-down of the old models. We are following that up with all-new HD trucks, and the first-ever Chevrolet Silverado medium-duty chassis cab trucks for commercial customers.”

In December, Chevrolet confirmed that its next-generation Silverado 2500HD and 3500HD will be on sale in the second half of 2019. The medium-duty Silverados are now shipping to dealers.