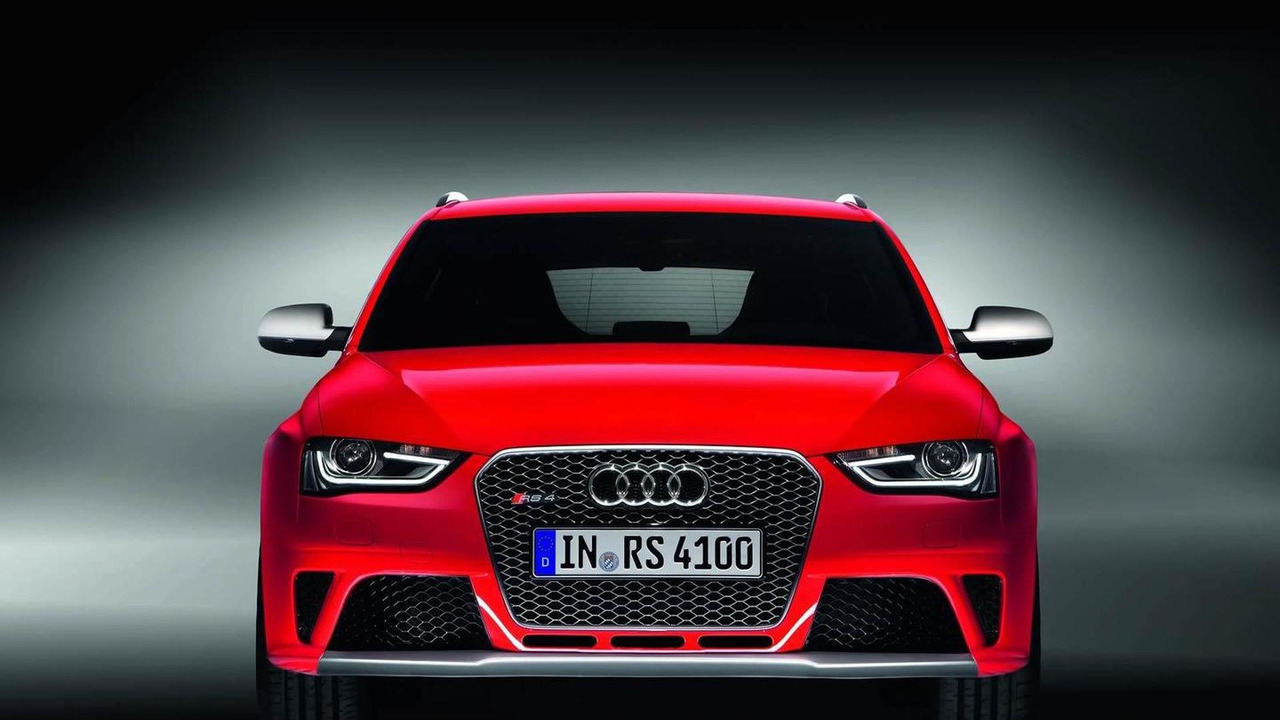 Ahead of its official world debut at the Geneva Motor Show, Audi has unleashed the first video, images and details for the brand new RS4 Avant. The release may have been brought forward after official images were leaked yesterday.

Ahead of its official world debut at the Geneva Motor Show, Audi has unleashed the first images and details for the brand new RS4 Avant. The release may have been brought forward after official images were leaked yesterday.

The performance figures become a little more impressive when you add in the fuel economy stats. It consumes an average of 11 liters per 100km which is 21.38 mpg in US standards.

The V8 power unit is mated with the company's seven-speed S tronic transmission system. The quattro drive system passes power to all four wheels with a 40:60 front rear bias. However the crown-gear center differential system can re-distribute power between the front and rear axles that adds to the driving dynamics. Up to 70% of the power can be passed directly to the front axle, whilst this figure is as high as 85% for the rear.

The exterior design of the new Audi RS4 begins on the front fascia with the large hexagonal single-frame grille that boasts an aluminum style finish. As it has become accustomed with Audi, a set of LED daytime running lights are fitted around the xenon plus headlights. The large air inlets below the headlights add a further aggressive style while being complimented by the front splitter that helps with the race car looks.

Moving to the rear, we are treated to futher LED technology and it is joined by Audi's signature dual oval exhausts.

The interior gets a sporty black feel to it helped by sport seats (bucket seats optionally available), a flat-bottomed leather multifunction sport steering wheel and a number of aluminum-look accents.

Sales of the new Audi RS4 Avant will begin in the fall with prices due to start at €76,600.