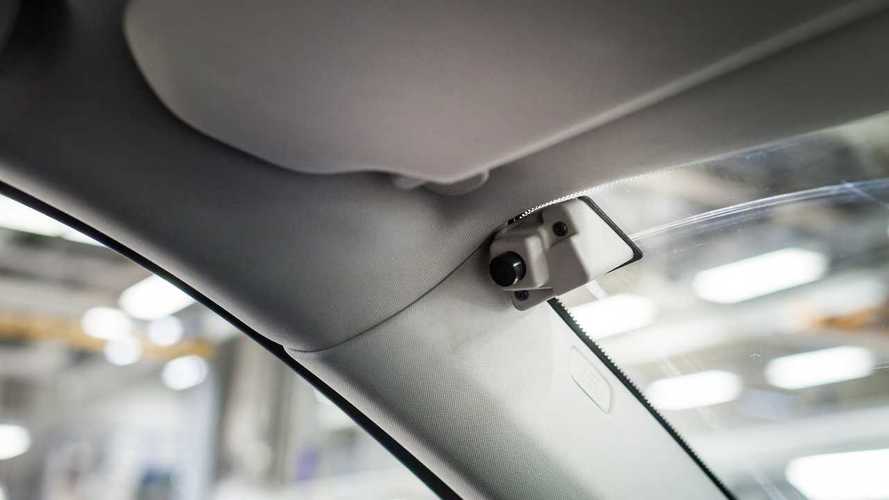 Are they there to help, or to spy on the driver?

Update: Apparently, the information reported by Car magazine is incorrect. The magazine quoted Volvo Chief Digital Officer Atif Rafiq as saying "Driver-facing cameras will become an option in our cars in 2019." However, a media relations representative from Volvo has informed Motor1.com that Mr. Rafiq was factually incorrect in his statement and clarified things further by saying "Volvo Cars does not have any plans for driver facing cameras or related features this year." Furthermore, Volvo says the features described below are "only at concept stage" and could be available "some years from now."

These days, having a camera in a car is no big deal. Heck, motoring journalists might stare at several cameras while filming an in-car review, and let’s not forget the thousands of YouTube vloggers who go everywhere under the watchful eye of a camera. Of course, at the end of the day those individuals know exactly what happens to the recorded footage. As for Volvo’s new driver-focused in-car cameras – an option coming for select 2019 model-year vehicles – it’s not quite so clear.

UK’s Car magazine straight-up calls them spy cameras. In an article about the subject, the magazine also reports that these cameras will not be standard equipment, but an optional item. Volvo Chief Digital Officer Atif Rafiq reportedly told Car that the cameras will be launched within the next 12 months, and said they “can determine a driver’s glucose levels by looking at their pupils, so could [sic] call a loved one or hospital if it detected a health problem.”

In short, Volvo intends the cameras to function as a type of safety system, monitoring the driver and driver behavior. Based on what the camera sees, the car can then take steps to destress an agitated driver, provided the car has such functionality of course.

The article doesn’t really spell out the bigger picture, but Volvo has used such cameras previously in it Drive Me program for developing and testing autonomous vehicle systems. In theory, near-future vehicles with advanced self-drive systems might monitor drivers through these cameras. Based on what the camera sees – such as a medical emergency or a sleepy driver – the vehicle might engage self-drive systems to save the day.

Another use for driver-facing cameras as mentioned by Volvo in the article is facial recognition. With the driver in the car, the camera could identify the specific person and adjust vehicle settings accordingly, everything from seat and mirror positions to temperature preferences and app settings.

And yes, there’s always the possibility that Skynet will watch us through these cameras, and when the moment is right, instruct vehicles to kill us all. Such is the price of advanced technology. To that end, the article does mention the information recorded is rendered non-specific and not shared outside the car, but is it really? And the million-dollar question – even with the best of intentions, could this data still be captured and used against you?

There’s no question technology can make driving better. However, we can certainly understand why such monitoring could make people very uncomfortable, to say the least.