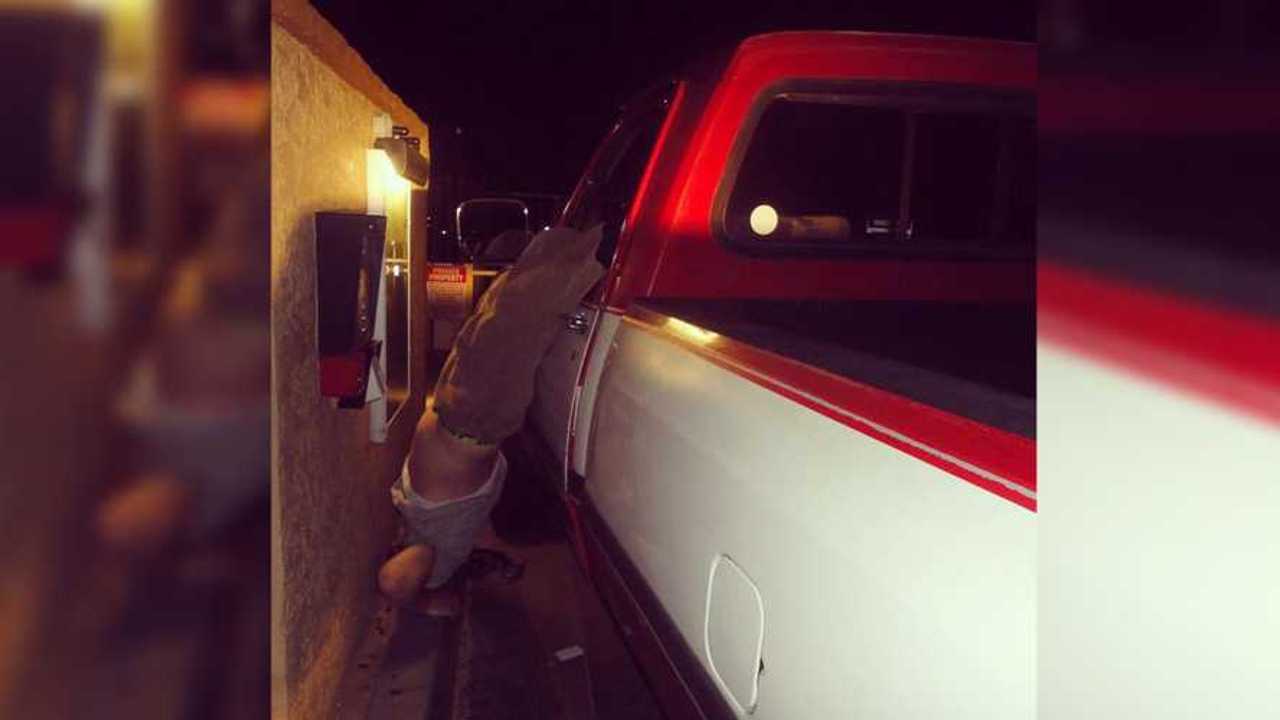 Friends, it’s 2019. As we all finally make it back to work after a long weekend, some of us might still feel the effects of a romp-em-stomp-em New Years party. However bad your return to daily life is, know that it could be worse. Like, hanging-upside-down-with-foot-stuck-in-steering-wheel worse. That’s exactly what the California Highway Patrol encountered on New Year’s Eve.

We have to give Autoblog a shout-out for finding this one, and it’s too good not to share. The Facebook post above comes from the central Los Angeles CHP page, and yeah, this dude is in some trouble. We aren’t just talking about being stuck either – he was allegedly quite intoxicated and had, in fact, previously been involved in a hit and run. The Cathedral City Police also shared the incident on its Facebook page and went into a bit more detail.

That’s all well and good (or, actually, bad) but how did he end up ass-over-teacup outside his pickup? After the aforementioned hit-and-run, he apparently tried to escape by entering private property controlled by an access gate. Whether it’s a place he was familiar with is unknown. What is known is that, as he leaned out the window to reach the keypad, the full effects of that last drink hit without the slightest bit of mercy. As he fell out the window his foot caught the steering wheel, and as you can see, there wasn’t much room for him to move. It’s also quite likely that he didn’t even know which way was up at that point.

Don't Be That Guy:

Both police agencies say he was uninjured, though the local fire department did have to cut the steering wheel to get him loose. Suffice it to say, his escape was not successful in the least and now he starts 2019 with charges of driving under the influence and hit-and-run to his name.

At least he’s responsible for what could be the first hilarious meme-worthy photo of 2019. That’ll teach you to drink and drive.