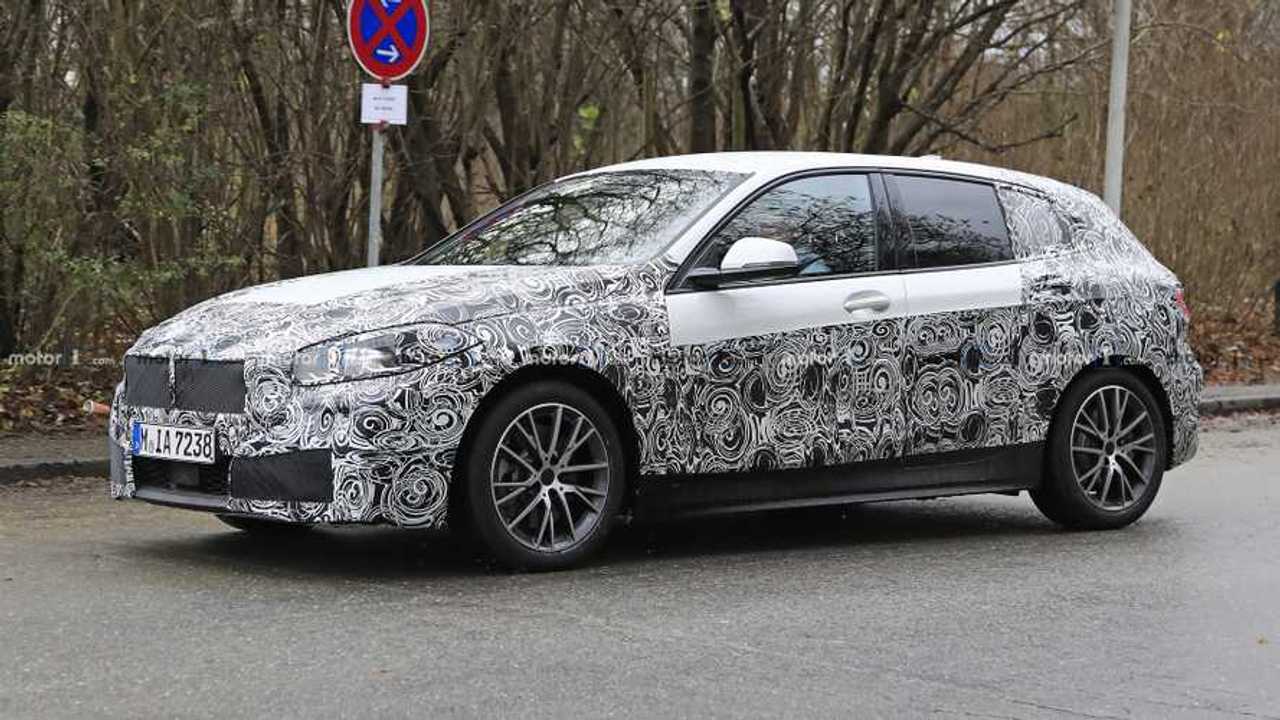 This test car is powered by its front wheels.

BMW’s smallest model is set to be completely overhauled this year. The 1 Series will switch to a new platform which should bring a number of very important changes over the outgoing hatchback. The 2019 model will be sleeker, roomier, more efficient, and better in every possible way. A new batch of spy photos comes to preview some of these changes.

In fact, the only thing the new 1 Series will have in common with its predecessor is going to be the BMW badge. The third-gen hatch will move to the company’s UKL1 front-wheel-drive platform that already underpins several models from BMW and Mini. The FWD powertrain layout will allow for some significant packaging improvements which should result in more room for the passengers and slightly increased cargo area.

This prototype is wearing all the exterior parts we’ll eventually see in the production model, including the body panels, headlights, and taillights. The design of the new 1 Series will be dramatically different than the old model and should be more dynamic and aggressive.

The interior will be completely new, too. The premium hatch will ditch its rather old-fashioned cabin for a 5 Series-inspired interior with a new dashboard and more technologies on board. Expect to see a massive display on the center console with BMW’s latest infotainment software.

Switching to BMW Group’s FWD platform means power should come from the automaker’s current lineup of small engines, including the 1.5-liter three-cylinder turbo gasoline unit. Fans are probably going to be happy to hear 2.0-liter turbo units will be featured in the 120i and 120d. According to some sources, a hybrid powertrain is also in the cards with CO2 emissions of below 50 g/km.

Look for an official premiere of the 2019 1 Series in the first months of this year. Sales are expected to begin in the summer.