The premium crossover looks ready for its debut.

2019 is shaping up to be quite busy for Mercedes-Benz. The German company has a couple of refreshed or all-new models coming up through the next 12 months including the new CLA, GLB, a couple of AMG-badged cars, and several SUVs. One of the new crossovers in line for this year is the facelifted GLC which has just been filmed with barely any camouflage.

We know from previous spy shots the refreshed premium vehicle will be getting new headlights and taillights, and this new video shows these clusters in details. You can see the headlights’ new graphics with more pronounced LED daytime running lights and modified projectors. The taillights are covered with black tape but it’s still visible that they are featuring a new design as well. 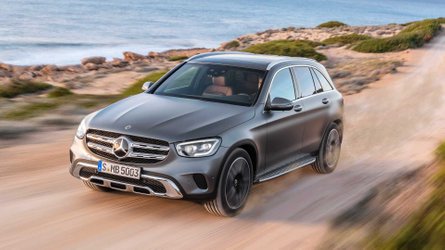 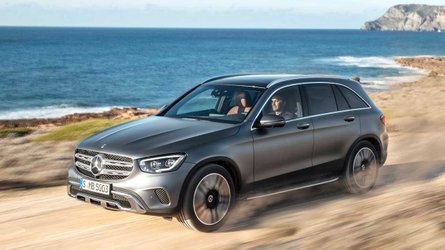 The video also provides a look at the interior where the changes will be kept to a minimum. Interestingly, there’s an additional display on the center console, but it won’t be there in the final production version. Bear in mind this is just a prototype and probably the engineers are doing some final adjustments to the vehicle’s ECU.

Being mechanically identical to the C-Class, the refreshed GLC will likely get the same powertrain improvements like the facelifted sedan. Basically, expect to see more power for the diesel GLC 220d and gasoline AMG 43 versions. All other engines should be tweaked to meet the latest emissions standards.

Considering this test vehicle had very little camo, we are probably just weeks away from the debut of the revised GLC. Our bet is we are going to see it in March during the Geneva Motor Show, but Mercedes could surprise us with an online premiere at the end of February.