Audi RS3 Sedan Quicker Than Advertised Even With Winter Tires

Cars equipped with five-cylinder engines are few and far between in today’s automotive industry, and the Audi RS3 Sportback / Sedan is without a shadow of a doubt one of the most exciting you can buy. Shown here in four-door guise, the black pocket rocket from Ingolstadt belongs to the folks over at YouTube channel Automann-TV and they decided to conduct an acceleration test to see what the compact sedan is all about.

Since it’s the beginning of the year and traffic on the Autobahn is pretty light these days, they took the RS3 Sedan on one of the remaining unrestricted sections of the famous German highway. Despite being fitted with winter tires, it proved to be way quicker than advertised in the sprint from 0 to 62 mph (100 kph). With Dynamic mode and launch control activated, the task was completed in a mere 3.7 seconds as per the onboard vbox, so real-world testing shows the car is actually four-tenths of a second quicker than Audi’s quoted 4.1-second time. 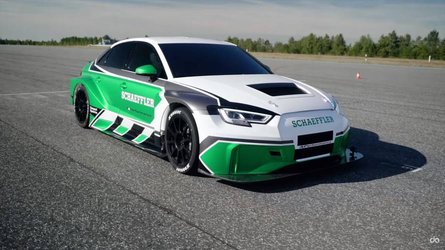 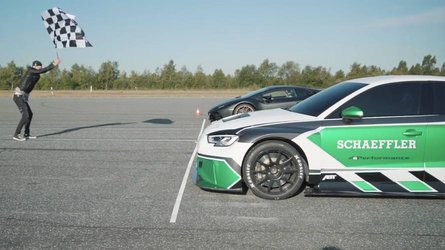 Perhaps more relevant in day-to-day highway driving on the Autobahn, the 400-horsepower sedan climbed from 62 mph (100 kph) to 124 mph (200 kph) in 9.1 seconds under the same not-so-ideal conditions.

It’s a known fact some automakers – especially the German ones – deliberately understate the performances of their cars, and this video goes to show the Audi RS3 Sedan is on that list.