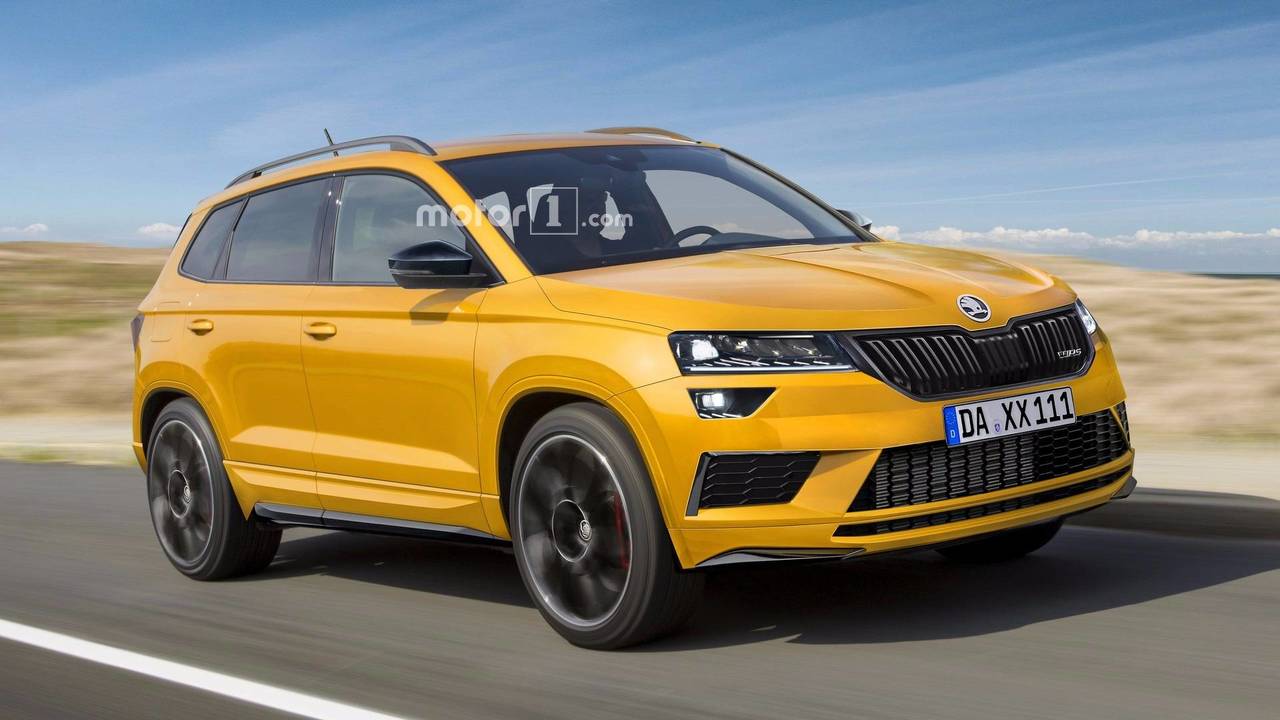 The hot compact crossover is allegedly slated to debut in 2019.

2019 is shaping up to be a busy year for Skoda as the Czech company will not only give its Superb flagship a mid-cycle facelift bringing a plug-in hybrid powertrain, but it will also roll out the Golf-rivaling Scala compact hatchback. The subcompact crossover previewed by the Vision X is due next year when the all-electric Citigo will see the light of day as well.

Now, a new report indicates Skoda has an ace up its sleeve taking into consideration the Karoq is expected to become the third model in the automaker’s lineup to carry the RS badge. Joining the Octavia RS and the recently launched Kodiaq RS, the new Karoq RS will be offered as standard with all-wheel drive and adaptive suspension, while the engine of choice will be the Volkswagen Group’s familiar 2.0 TSI.

Here are other flavors of the Karoq:

In this new application, the turbocharged four-cylinder mill is projected to develop somewhere in the region of 300 horsepower like in other VAG products, which would represent a major bump over the 236 hp offered by the twin-turbodiesel engine of its bigger brother. The BiTDI engine inside the Kodiaq RS with its healthy 369 pound-feet (500 Newton-meters) will still have significantly more torque as the Karoq RS will reportedly pack as much as 280 lb-ft (380 Nm) or a little bit less than the formerly-known-as-SEAT Cupra Ateca.

Beyond the sporty crossover, the future might bring even more RS models from Skoda taking into account the company doesn’t exclude the possibility of bringing back the Fabia RS hot hatch. An electric RS model has already been confirmed and maybe one day there will be a Scala RS as previewed earlier this year by the Vision RS concept.

Meanwhile, the Karoq RS is slated to come out at some point in 2019, so look for a public debut most likely in September at the Frankfurt Motor Show since Geneva in March will be all about the small crossover and presumably the facelifted Superb.