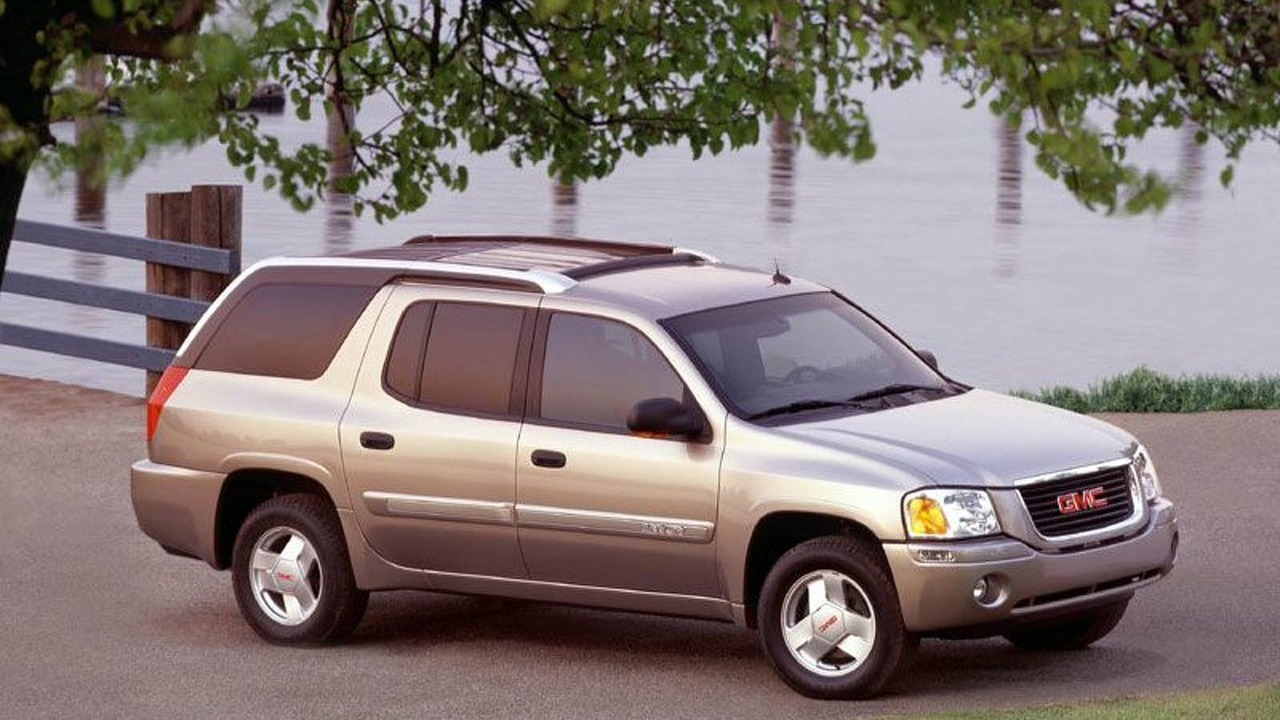 If the new one follows the past, the latest GMC Envoy would have a lot in common with the new Chevy Blazer.

General Motors has filed a trademark application in the United States to regain protection for the Envoy name for "motor vehicles, namely, sport utility vehicles, engines therefor and structural parts thereof." A user on GM Inside News' forum first discovered the filing. The natural application for this moniker would be a revival of the GMC Envoy after retiring the nameplate in the 2009 model year.

The Envoy started as a range-topping version of the four-door GMC Jimmy and became its own model for the 2002 model year. It shared a platform with the Chevrolet Trailblazer but was more luxurious with features like standard power front seats. GMC later introduced a range-topping Denali with two-tone leather upholstery and a 5.3-liter V8 rather than the usual 4.2-liter inline-six.

Check out the new Chevy Blazer:

The oddest version of the Envoy was the XUV variant that arrived in 2004 (see gallery above). The vehicle attempted to blend an SUV and a pickup by adding a sliding roof section over the cargo area. If folks were carrying tall items, they could open the top and slide the lengthy load into the back.

With Chevrolet now reviving the Blazer, it's conceivable that the new Envoy would be GMC's variant of the crossover. The two models would likely share similar looks, but the Envoy would follow GMC's normal path of loading its vehicles with more luxury features and extra standard equipment.

The new Blazer comes with a 2.5-liter four-cylinder that produces 193 horsepower (144 kilowatts) and 188 pound-feet (255 Newton-meters). A 3.6-liter V6 with 305 hp (227 kW) and 269 lb-ft (365 Nm) is an available upgrade. Regardless of powertrain, there's a nine-speed automatic transmission. Buyers in need of extra traction can specify an all-wheel-drive system capable of disconnecting from the rear axle to improve fuel economy. The same powerplants would likely carry over to the Envoy.

This filing is still just an application, so it's too soon to know for sure whether a new Envoy could be on the way. However, submitting the paperwork indicates that GM is at least curious about bringing the name back.