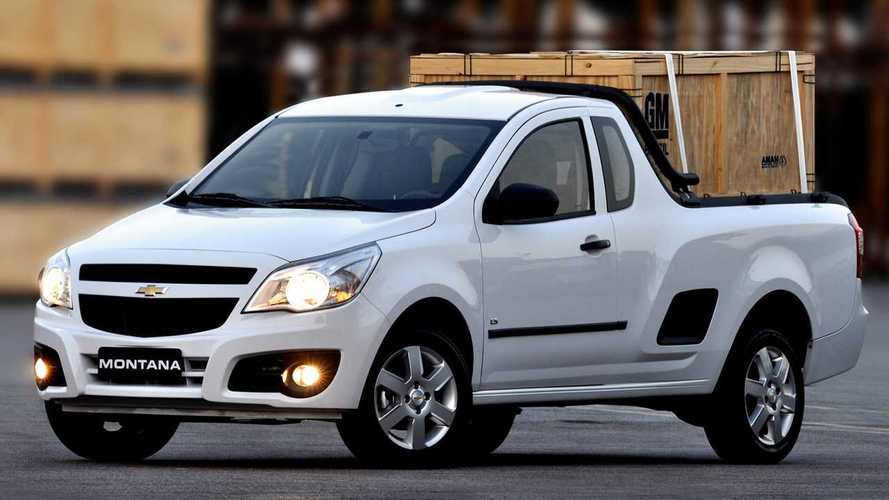 A direct competitor for the upcoming Ford Focus-based truck.

American automaker General Motors is reportedly working on a brand new small pickup for the South American market. Citing “sources familiar with the project,” GM Authority says the unibody truck will serve as a replacement for the aging Chevrolet Montana and should be out sometime in 2020.

Based on GM’s Global Emerging Markets platform, the pickup should go against established rivals like the Renault Oroch and Fiat Toro, as well as the upcoming Ford Focus-based pickup. The Chevy-badged model will be one of the last GEM-based vehicles of the automaker and will be developed entirely in Brazil.

Using an extended version of the robust chassis of the next-generation Chevrolet Tracker, the pickup will get a four-door body in contrast to today’s Montana truck which is available only as a single cab, two-door model. This means Chevrolet will follow the same recipe as Fiat Chrysler Automobiles and Renault deriving the new pickup from a small crossover. FCA builds its Toro truck on the platform of the Jeep Renegade, while the French manufacturer uses the Renault/Dacia Duster as a foundation for the Oroch.

The new truck will be larger and better in any possible way and, according to GM Authority, it will be powered by GM’s 1.4-liter turbocharged gasoline mill found in the Chevy Cruze in some markets. The powertrain pushes out 153 horsepower (114 kilowatts) and 177 pound-feet (240 Newton-meters) of torque, and will most likely be mated to a six-speed manual gearbox.

The still unnamed pickup (likely to retain the Montana moniker) will be built alongside the new Tracker at GM’s Sao Caetano do Sul plant in Brazil, while the powertrain will come from the automaker’s factory in Argentina. Expected to hit the Central and South American markets sometime in 2020, the new unibody pickup probably won’t reach Chevy’s U.S. showrooms.