1984 Tritan A2 Domino's Pizza Delivery Car Is Up For Sale 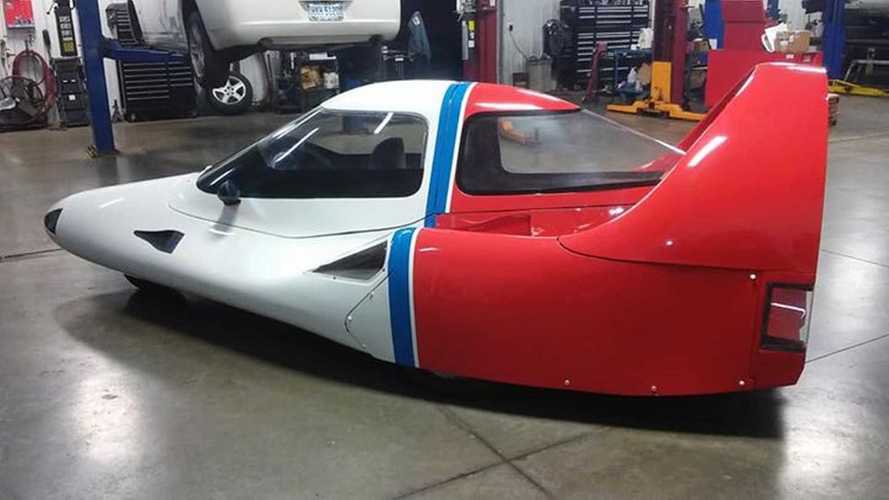 No, this is not Nissan’s next Delta Wing.

The future of Domino’s Pizza is autonomous. The restaurant chain is already testing self-driving delivery vehicles developed in cooperation with Ford and it’s safe to assume drivers delivering pizzas today are probably not quite happy about that. However, if you look back at the history of Domino’s Pizza's delivery cars, there have been many cool vehicles piloted by drivers. And one such vehicle is the super rare Tritan A2 you see in the attached gallery below. It’s even up for sale, but we’ll get back to that later.

The A2 was produced in a highly limited series of just 10 examples and it is believed only 7 of them still exist today. They were commissioned by Domino’s Pizza in the early 1980s, and designed and built by Tritan Industries. However, after the first batch of cars was delivered to the company, it found out they were not that practical and put an end to the production. The initial plan was to buy 180 examples and ship them to domains all over the country but that never happened.

It’s a two-seat, three-wheel vehicle powered by a small gasoline engine. The curb weight is just 900 pounds (408 kilograms) and, thanks to its sharp steering and wide cornering angles, the car is able to turn 180 degrees in just 24 feet (7.3 meters). This particular example is currently listed for sale in Ohio and is said to be in “good operational condition.” What’s probably more important, it’s fully street legal and the seller says it’s probably “the only one known to run and drive on the road.”

Some more cool cars for sale these days:

One-Off Dodge Viper Bravado Banshee From GTA Can Be Yours

This “space aged, aerodynamically designed” delivery vehicle is titled as a motorcycle and can be yours for $23,000. It has a clean Ohio title but the current mileage is not known.