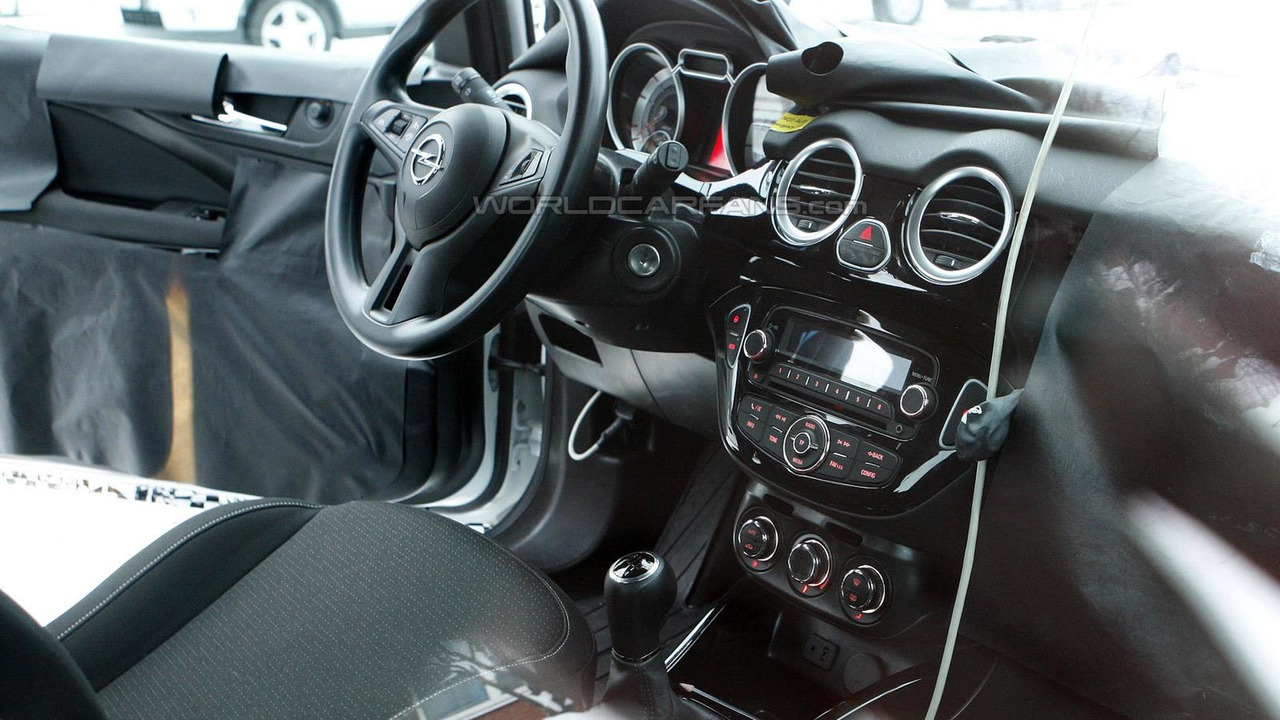 The exterior remains under heavy camouflage but this time we are able to show you a near unobstructed view of the interior.

Spies have once again caught a prototype for the 2013 Opel Allegra / Junior while it was out doing a testing run. The exterior remains under heavy camouflage but this time we are able to show you a near unobstructed view of the interior.

The retro styling of the dashboard confirms the model is clearly aiming at MINI and the Fiat 500. It also appears to incorporate a basic version of the brand's infotainment system

The new Allegra / Junior is based on a shortened version of the Corsa platform with exterior styling set to be heavily influenced by the Trixx Concept that was originally unveiled by the brand way back in 2004.

The new city car is expected to be launched sometime during 2013 with a price of around £10,000 putting it squarely in the realm of its rivals.