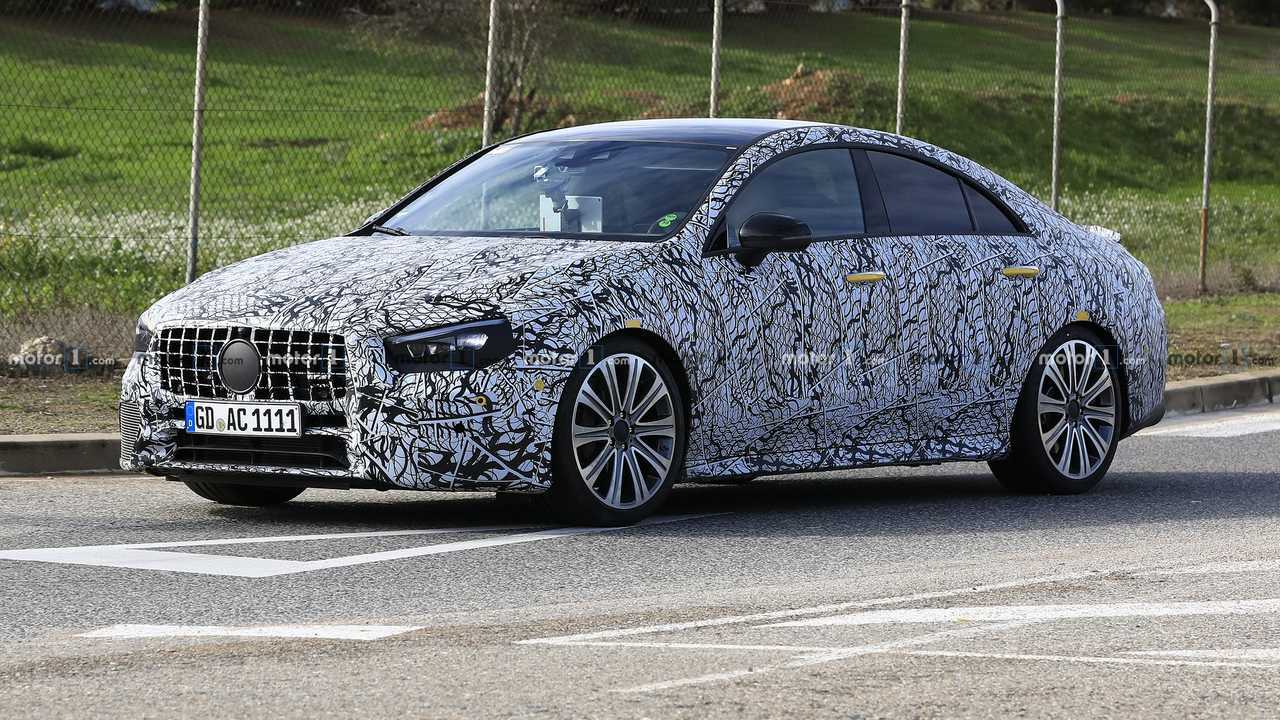 Both prototypes appear to have all of the final body parts.

It’s beginning to look a lot like Christmas, but Mercedes has a busy agenda up as it prepares for 2019 and that means there’s no time to take a break from testing prototypes. Today we’re able to bring a spy shot combo as our photographers managed to catch on camera not only the first-ever CLA 35, but also the second-generation CLA 45.

Both were making extensive use of disguise, but peeking through the camouflage we can see the CLA 35 had a gray paint underneath the mascara while the CLA 45 was painted in what looks to be Sun Yellow, which is the A35 hot hatchback’s launch color. You can easily tell which is which by the number of exhaust tips at the back, with the lesser version featuring two while the top dog has double the amount.

Mercedes aficionados can also identify the 45 by the grid pattern of the camo applied at the front to hide the Panamericana grille. The mesh on the left corner of the bumper denotes AMG will give the range-topping CLA a set of generous air intakes whereas the ones on the 35 model are not nearly as aggressive.

Moving at the back, both prototypes had a spoiler lip stretching over the entire width of the trunk lid, although it looks like the shape is not exactly the same. Also different is the configuration of the rear diffuser as it has two vertical fins on the 35 and four on the 45 to emphasize its status as the crown jewel of the CLA lineup.

We will probably see the two cars at some point next year, but first Mercedes will introduce the standard CLA in January at CES in Las Vegas. Needless to say, the warm CLA 35 will make use of the same powertrain as the A35, a turbocharged 2.0-liter gasoline engine with a little over 300 horsepower. The CLA 45 will hit the 400-hp mark and is going to feature a tail-happy AWD system as hinted in a recent teaser for the A45 also coming in 2019 when we’re expecting to see the CLA Shooting Brake as well. Hopefully, the swoopy wagon will be offered in both AMG flavors.

The AMG CLAs are coming: