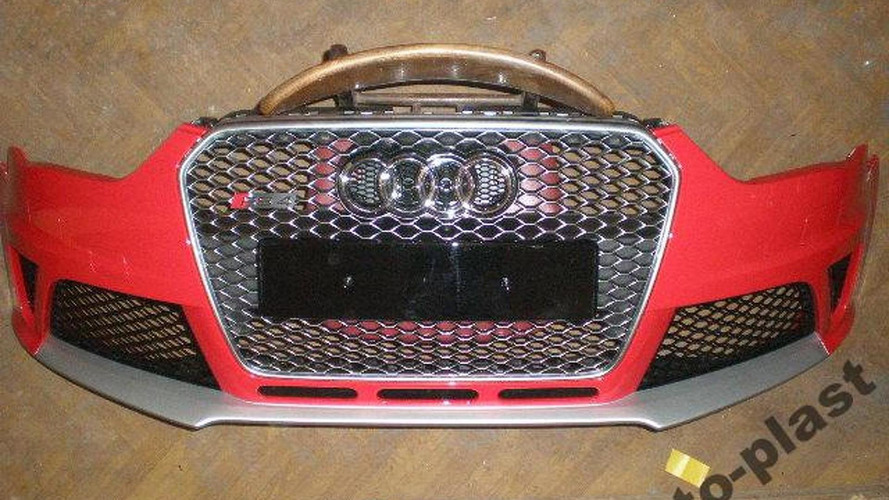 A speculatively rendered image of the 2014 Audi RS4 Avant was published 2 days a go and soon after, these pictures of what appears to be the real bumpers of the unreleased model have surfaced.

UPDATE: For those who think they are fake, check out the official leaked images here.

A couple of days a go, we brought you a speculatively rendered image of the 2014 Audi RS4 Avant that is currently in development. The artist was Jon Sibal, and soon after the post was published, he received an anonymous email with pictures of what appears to be the real bumpers of the unreleased model.

There no confirmations as to whether this leak is real or not, but early investigations incline us to say that it is accurate. Additionally, you can look at the rendering attached to this article that has been updated following the new evidence.

Power for the model is expected to come from a 4.2-liter V8 engine that generates around 450 PS (331 kW / 444 hp) and 430 Nm (317 lb-ft) of torque. It will be mated with Audi's Seven-speed S tronic transmission and the company's Quattro all-wheel-drive system would also make its way into the system. It should enable the RS4 Avant to accelerate from 0-100kph (0-62mph) in just under 5 seconds before reaching an electronically limited top speed of 155 mph (250kph).

The Audi RS4 Avant is expected to be unveiled at the Geneva Motor Show next month.