Santa Swaps Sleigh For Miata To Spread Joy In Japan

A bunch of kids got to go for rides in Christmas-themed Miatas.

Who needs reindeer when you can have horsepower? In Japan, members of the country's national Mazda MX-5 Miata club are now making a tradition out of dressing up as Santa Claus, decorating their roadsters, and doing charitable deeds. According to Mazda's official blog, the drives have been going on in Yokohama for 10 years and in Tokyo for 3 years. This year the members expanded held a get-together in Hiroshima for the first time.

Twenty-six Miatas of all generations showed up to the inaugural Santa drive in Hiroshima, and Mazda executives and employees were among the volunteers. The participants decided to help out the Hiroshima prefecture single-parent family welfare association by taking kids on open-roofed rides through the city. People on the sidewalks apparently loved seeing the festive parade of decorated Miatas and waved at the sports cars as they drove by, while the driver and young passenger yelled Merry Christmas. The designer of the fourth-gen Miata was even there doing sketches of the car for the kids.

When Santa is looking for a new sleigh: 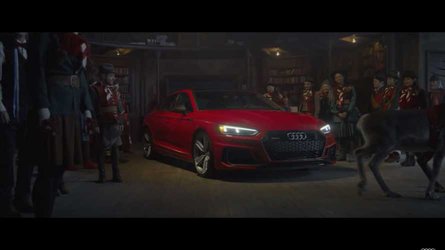 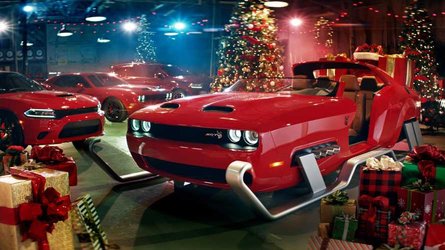 In Yokohama, the Miata-driving Santas also drove kids around the city, according to Japanese Nostalgic Car. The children also got to take a tour of Mazda's R&D center in the city.

Shortly after Christmas, Mazda is showing off presents to its fans at the annual Tokyo Auto Salon. The company's showing this year includes the Mazda Roadster Drop-Head Coupe Concept that adds a detachable carbon fiber hardtop to the Miata. It's not yet clear whether the company intends to sell the aftermarket part, but the piece seems like the perfect accessory for Miata drivers who want some occasional extra protection for the roof.