It might carry the S209 moniker, based on a recent Subaru trademark.

Subaru fans are getting an early gift for the holidays because a new teaser video confirms suspicions of a high-performance special edition of the WRX STI coming to the United States. The sporty model debuts on January 14 at Detroit's North American International Auto Show.

New teasers are out! 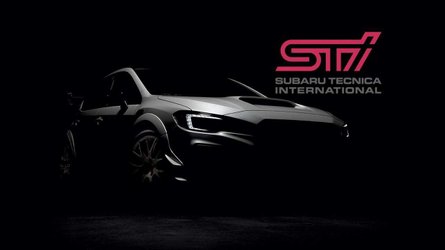 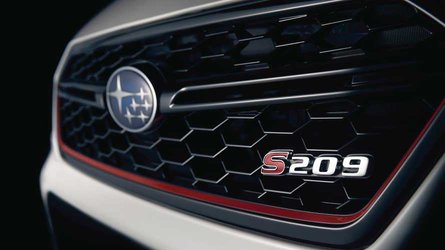 The teaser video shows off lots of special pieces on the exterior of this special STI. The lower fascia features horizontal ribs in its intakes, and there are canards at the corners. A small splitter attaches below it, too.

Fender flares at the front and back should let Subie fit wider tires for extra grip, and more prominent side sills connect the broader pieces. The clip never provides an ideal view, but in several shots the wheels definitely appear to wear the gold shade from Subie's famous rally cars.

At the back, there's a big wing rising from the trunk, and there are vents behind the rear fender flares. It appears the exhaust outlets might be a little wider than stock, too.

A recent trademark filing points to Subaru using the S209 moniker for this special edition WRX STI. As further evidence, the YouTube description indicates, "something special from Subaru Tecnica International is coming to America for the first time ever." The division has never before offered one of its S series vehicles in the United States like the previous S208, S207, S206, and more.

The earlier S models in Japan have received major powertrain tweaks to match their meaner looks. For example, the S208 from 2017 packed a 2.0-liter turbocharged four-cylinder producing 325 horsepower (242 kilowatts). It also had parts like a quicker steering ratio, Bilstein dampers, a variety of stiffening braces, 18-inch Brembo brakes at the front and rear, and a carbon fiber roof.