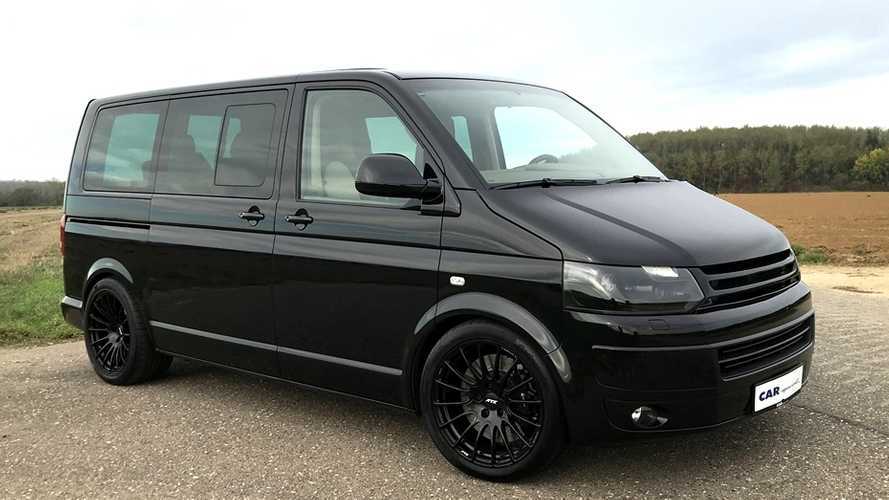 Isn't this the ultimate family vehicle?

So now you have children. And the dream of owning a Porsche instead of a family van is forever lost? Never give up or, rather, never stop telling your wife how badly the family needs a 500-horsepower (373-kilowatt) vehicle. Fortunately, there’s one vehicle that meets both yours and your wife’s requirements.

It comes from Germany and is created by Berlin-based TH Automobile tuning company. The van you see in the gallery below is called the TH2.997 and is based on a Volkswagen T5 Multivan. Its name actually tells a lot – it uses the powertrain of a 997 Porsche 911 Turbo, which means a 3.6-liter turbo flat-six sits over the rear axle of the minivan.

This crazy cool Porsche-powered bus is now up for sale. But before going into details about its price, let us give you some more tech info. Currently, the people-hauler has 580 hp (432 kW) thanks to 911 GT2 turbos, but the tuners say it can be upgraded to deliver up to 800 hp (597 kW). You’ll have to ask your wife first.

Power in this T5 Multivan is channeled from the engine through a six-speed manual gearbox to the rear wheels. TH Automobile says it can build an all-wheel-drive model but it has to be purchased brand new.

Italdesign Luxes Up Mercedes V-Class With Leather And Wood

Probably our favorite feature is the interior which is a mix of the original dashboard of the van and components from the donor 911 car, including the steering wheel, front seats, several buttons on the center console, and (this is awesome!) the instrument cluster which fits perfectly into the overall design. We can only imagine the amount of work put into the cabin.

And now about the price. The seller says the vehicle cost more than €250,000 to build and now it wants no less than €139,800 which is approximately $160,000 at the current exchange rates. Good luck negotiating with your wife!