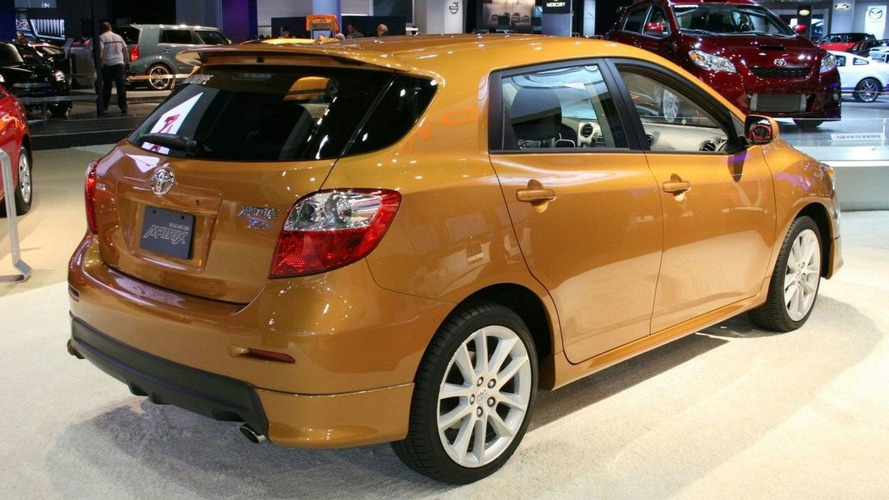 With a redesigned exterior meant to flow from back to front, the new 2009 Toyota Matrix five-door crossover is impressive from the outside, but with no details about the car's weight or performance, what can we expect?

Toyota took a fresh look at one of the prime vehicles they use to target 16 to 30 year old drivers, and ended up with the slick 2009 Toyota Matrix.  With a redesigned exterior meant to flow from back to front, the new version of Toyota's five-door crossover is impressive from the outside.

The look of the car will definitely be a prime selling point for Toyota.  A spokesman for the company said the Matrix, "may have the body of a five-door hatch, but it comes with the soul of a two-door sports car.”

Indeed, the car was styled more like a coupe, but in such a way that cabin space was not reduced.  In fact, rear passengers should feel like they have a little more room for their legs, as the interior has become more functional.  A more efficient heating and airconditioning system helps keep passengers comfortable, while being less of a strain on the engine.

Three grades of the Toyota Matrix will be available, including a standard, S, and XRS version.  Owners of the S and XRS will also get a front underbody spoiler with a larger fog lamp bezel, as well as a rear underbody spoiler.  Rear deck spoilers are standard on the XRS.

Sadly, the 170 horsepower previously available on the XRS has not returned.  With no information about the car's weight, we expect the performance figures may be a little less than satisfying.

All Wheel Drive is standard on the XRS, but optional for the S grade.  Base purchasers will be saddled with 16 inch wheels, but this car was definitely meant to have the 18-inch alloys Toyota made available.  17-inch aluminum wheels are also an option.

The car should be in showrooms by late 2008, but pricing has not been announced.