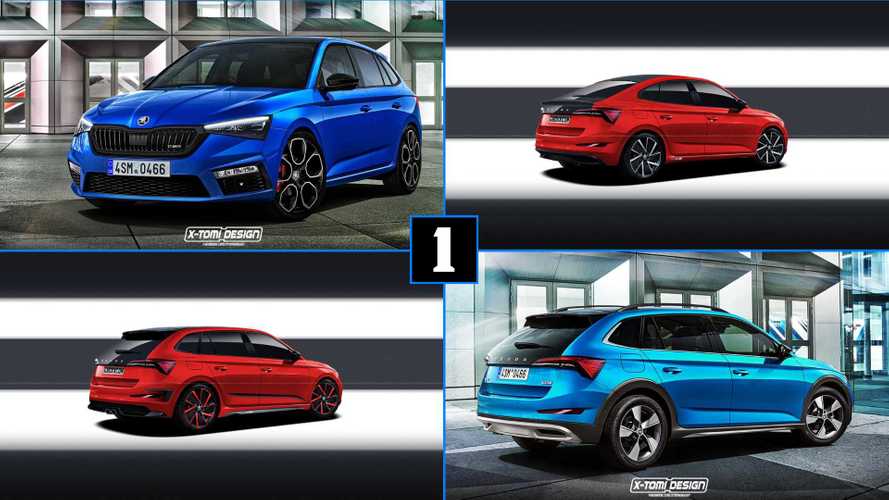 We also get to see how the new compact hatchback would look in rugged Scout attire.

It didn’t take too long for folks with a Photoshop license to alter official images of the new Scala and imagine the compact hatchback in all sorts of versions. The Rapid Spaceback replacement debuted only a few days ago and even though Skoda says it has no intentions to launch an RS version for the time being, that didn’t stop these people from imagining the hot hatch.

The idea of a Scala RS is not all that outlandish when you take into account Skoda did unveil the quite appealing Vision RS concept at the Paris Motor Show back in October. A cheaper alternative to the Volkswagen Golf GTI would be highly appreciated by enthusiasts on a budget, even if it would be down on power to avoid stepping on Wolfsburg’s toes.

Another digital design exercise shows the Scala in the rugged Scout trim taking cues from crossovers by adopting a jacked-up suspension and additional plastic body cladding. This would be Skoda’s way of offering an alternative to the Karoq for those not keen on the idea of buying a crossover. While the fully fledged Scout models come with standard all-wheel drive, ScoutLine-badged cars are cheaper by sticking to a FWD setup. It remains to be seen whether Skoda has plans to offer any of the two.

The Scala is essentially a replacement for the Rapid Spaceback, but some of the attached renders are showing the car with a slightly modified body style with a longer tailgate mimicking the old standard Rapid. Think of it as Skoda’s rival for the Hyundai i30 Fastback, complete with an imaginary RS version looking mighty promising even though it’s only a pipe dream.

Don’t get your hopes up too high as it seems unlikely any of these renders will morph into reality, although we’re still hoping for the Scala RS to hit the market in the years to come.

Czech out the new Scala: