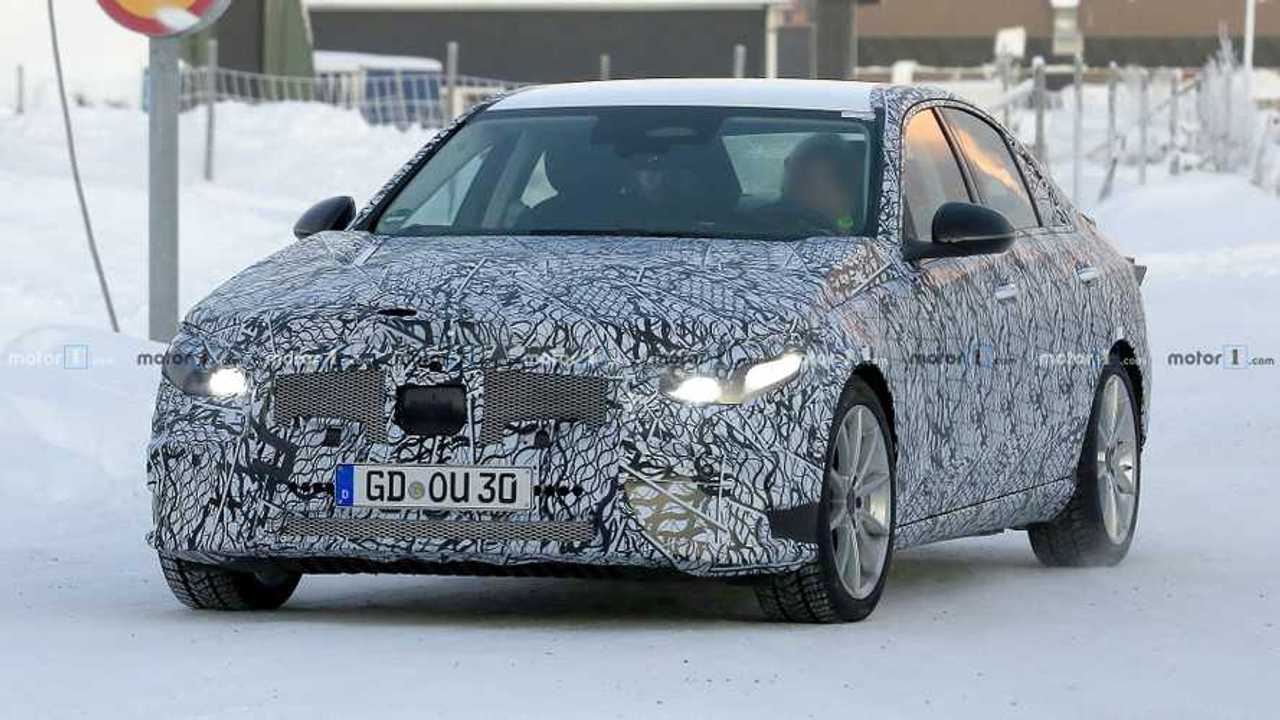 Spotted up close in Sweden, the W206 was wearing thick camo to hide the production metal.

It’s safe to say Mercedes has a lot on its plate right now in regards to its sedan offerings. Having launched the A-Class Sedan earlier this year, the Daimler-owned company is about to take the wraps off its more stylish cousin, the second-generation CLA bound to premiere in January at CES. At the same time, spy shots have shown the E-Class family of models will get a mid-cycle refresh, possibly starting with the end of 2019 or early 2020. We also know for a fact a new S-Class is in the works and will be built at the company’s high-tech Factory 56.

But what about the C-Class? Mercedes’ best-selling car was facelifted earlier this year and yet it has already been spotted out and about in Sweden getting ready for its fifth generation. With this being an early prototype, there’s not much to see at this point as there’s a lot of camouflage on the body to hide the metal. Still, the test vehicle appears to have the production body, but it’s missing the final taillights as those simple clusters are provisional.

Expect the sedan’s proportions to remain pretty much the same, although there’s a pretty good chance Mercedes will stretch the wheelbase a bit to free up more legroom for passengers sitting in the back. Don’t worry about those rather ungainly bulges on the hood and trunk lid as those are there just to better conceal the actual skin.

While the first impression is the W206 will be more of the same in terms of styling, the evolutionary design is said to bring some major aerodynamic improvements. Autocar is reporting Mercedes’ 3 Series rival will have a drag coefficient of only 0.25, which would bring dividends in terms of efficiency and performance.

Riding on an updated version of the MRA platform, the next C-Class will allegedly make more extensive use of aluminum to enhance body rigidity while shaving off some weight in the process. Inside, an evolution of the MBUX infotainment system will serve as the highlight, complete with a pair of fully digital screens for the instrument cluster and infotainment.

It is believed a mild hybrid setup will be implemented across the entire engine range, plus plug-in hybrid gasoline and diesel versions. For enthusiasts, AMG versions (C53 and C63) are also in the works to fight BMW’s already revealed M340i and the forthcoming M3.

Meanwhile, expect the regular C-Class versions to be unveiled at some point in 2020, which would mean 2021MY for the U.S. market.