Watch Rugged And Luxury SUVs Race Up To Snowy Hill

Who said expensive SUVs are only for the asphalt?

Moderns SUVs and especially the premium high-riding models are often criticized for being made primarily for on-road use. That’s not entirely true as we’ve seen some pretty impressive off-road maneuvers with some of them. Whether someone is buying a luxury SUV to drive it in the mud is a whole different question.

But, again – you can’t just cross out the work of hundreds of engineers and millions of dollars of investments, and say these vehicles are not capable. Not convinced? Watch the video at the top and the two videos below for some real-world demonstrations.

These crossovers are capable off-road: 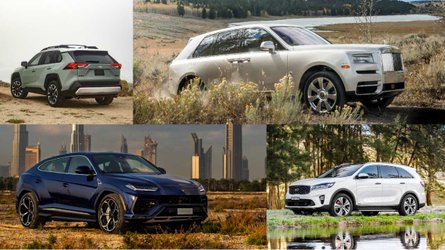 15 Crossovers That Are Surprisingly Capable Off-Road

Well, we are not trying to say these machines are seriously capable off-road monsters, but it’s impressive to see a car that can accelerate from a standstill to 62 miles per hour (0-100 kilometers per hour) in five to six seconds climbing the snowy hill with confidence. Not every attempt is successful though, but you can blame the drivers.

The first video focuses mainly on the Mercedes-Benz G-Class in a G63 AMG guise which battles against an Audi Q7, Land Rover Range Rover, Toyota Prado 150, and Porsche Cayenne. For a brief moment, we also see an older Mitsubishi Pajero Sport SUV, but that’s clearly a more hardcore and rugged machine than the rest.

They are quite capable on the drag strip, too: 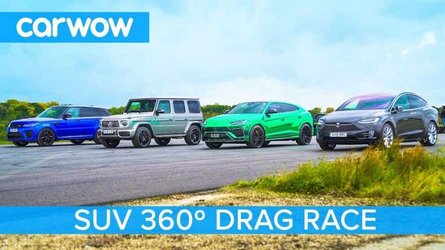 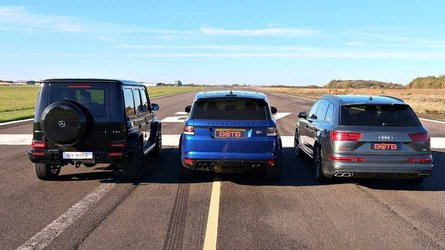 Funnily, there’s also a modified Great Wall H5 SUV, as well as a stock Chevrolet Niva, which put their much more expensive rivals to shame. Ah, are you still wondering where all the drama is happening? Russia, of course, where else someone will put a $100,000 SUV in 20 inches of sticky mud...

Note: We've also attached an older video from the same channel featuring a Volkswagen Touareg and a Toyota Prado.