Mercedes E320 Pickup Is The X-Class Americans Can Enjoy 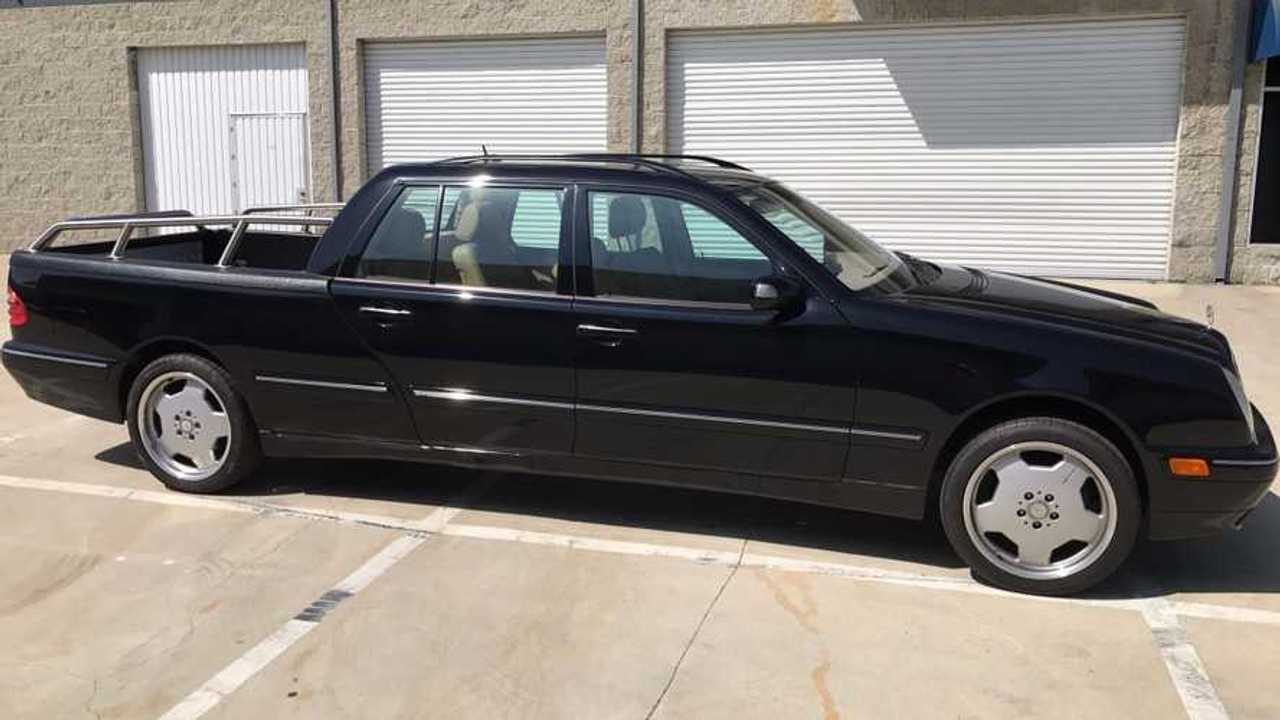 It's for sale in California, and it could go for a surprisingly low price.

Do not attempt to adjust your screen. What you’re seeing is real; in fact, it was even done on purpose. Not only that, it was commissioned by a Mercedes-Benz dealership on a brand-new 2000 E-Class wagon, and frankly, we freaking love it. Yes folks, this is a Mercedes pickup truck years before the X-Class came to light, and it’s up for auction right now through Bring A Trailer.

It's not the strangest thing we've seen:

UFO Spotted Driving Down Highway Proves The Truth Is Out There
⠀

By now you probably have some questions, so here are some answers. The car started life as an E320 station wagon but received this thorough truck coversion from a company called Binz while it was still brand spanking new. The auction description says an Atlanta-based Mercedes dealer commissioned the build prior to delivery, so all the work was done in Germany before the car even made it to the States.

As you can imagine, it involved a lot of work. The wheelbase was stretched 29 inches, with the wagon’s rear window and tailgate moved forward to close off the greenhouse behind the rear seats. From there, the wagon’s bodywork was mixed with all kinds of fabrication to make the bed, which itself is adorned with stainless steel rails, a diamond plate floor, and spray-on liner to cover the rest of the metal. It also rides on AMG wheels and has some custom interior work in the back seat area, but the rest of the car – including its 3.2-liter, 221-horsepower (164-kilowatt) V6 and five-speed automatic – is completely stock.

It’s also in pretty darned good condition. It’s only done 21,000 miles, and the auction lists plenty of paperwork with promises of regular service and maintenance in Georgia as well as California, where the truck is located now. The only problem mentioned is a non-functional refrigerated cooler in the custom-built rear center console, which isn’t a deal killer by any means.

As for price, the conversion alone was nearly $50,000 back in 2000. The original selling price isn’t mentioned, but this was likely a six-figure vehicle when new. That said, E-Class resale values from this period are, in a word, terrible. Bidding is only at $9,000 for this truck with three days to go in the auction, and though it will almost certainly go up before the hammer falls, it may not go up by much.

In other words, this could be a great opportunity to score a properly unique creation. We’ll certainly be watching the closing hours of this auction.