How Much Would It Cost To Insure Santa's Sleigh? 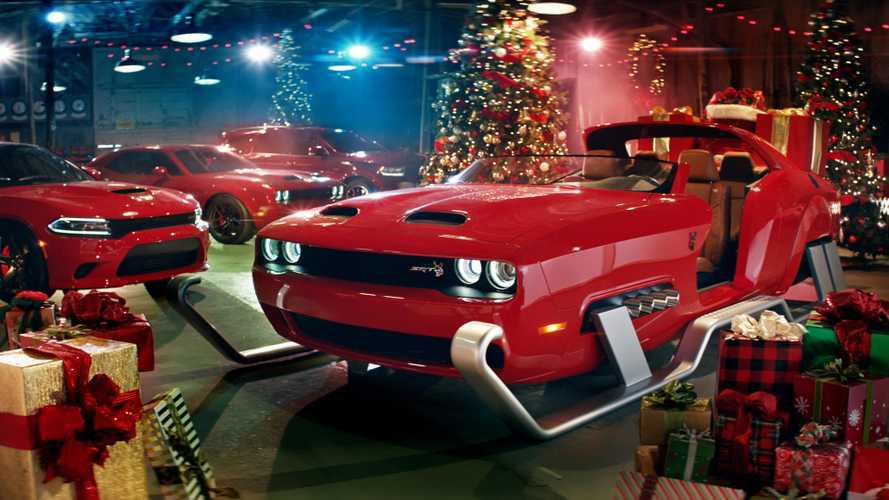 Spoiler alert: You could buy every Dodge Challenger in existence many times over.

Here’s an answer to a question we suspect nobody is asking. How much does Santa Claus have to pay for insurance on his sleigh? He couldn’t possibly do a round-the-world sprint in one night – especially if the sleigh is a Dodge Challenger – without some kind of coverage. It's not a Dodge though; it's something much older and faster, so think of the liability he could face should something happen. A minor fender bender could lead to major consequences given his celebrity stature, and even the jolliest among us loses the holiday spirit when pulled into court over a lame traffic violation.

Check Out Disney's Cars Land All Dressed Up For The Holidays

Cheeky intro aside, short-term insurance company Veygo thought it would be fun to draw up a quote for Mr. Claus. Admittedly, he is a prime candidate for such coverage, and there could be some novelty in seeing what kind of rates the most famous gift-giver in the world could get. Will his special circumstances and friendly laugh cut him a break? In short, hell no.

It begins with a personal profile, where Veygo dings him right off the bat for being an elderly driver even though his driving record is perfect. Also, he lives in a very safe location, but because he’s traveling, well, everywhere, Veygo dings him for that too. So far, it sounds like a typical insurance company.

Not faster than Santa, but close:

300 MPH In A Koenigsegg Agera RS Is Possible
⠀

From there, the analysis moves to the vehicle which, naturally, is his sleigh. Despite our Dodge-derived photo up top, the sleigh is actually quite old so Veygo clobbers him again for having a high breakdown risk. Apparently these people haven't heard of preventative maintenance, but then the company really punches below the belt for presumed speed. Yeah the sleigh is fast, but hello, it flies! All this breaking-the-speed-limit crap is a bunch of pencil-pushing double-talk. We have a better term for it, actually: highway robbery.

Speaking of which, the company also hits poor old Santa for high risk of theft due to the Grinch. Did they even read the freaking book? The Grinch doesn’t mess with Santa – he goes into Whoville to pilfer presents after the man is long gone. What’s next, a price gouging premium because the sleigh is red? He better not call it a GT either, because that will add the “performance surcharge.” Leeches.

Maybe the Challenger sleigh is better:

When all is said and done, the quote for 24 hours of coverage comes to … a lot. Like, billions a lot. We’ll let Veygo’s fun article on the subject give you the final answer because, for all our tongue-in-cheek complaining, it really is a clever and creative read, never mind the company's justification for its hilariously astronomical number.

But I heard him exclaim, ere he drove out of sight, “Happy Christmas to all . . . please donate to my GoFundMe account to help me pay this insurance bill so I don’t have to get a second job working . . . nights.”