Say Goodbye To VW Beetle In This Nürburgring Bug Invasion

You don't have to go fast to have fun.

Most Nürburgring videos feature sizzling supercars, race cars, or secret prototypes from automakers busting out laps. Occasionally we’ll see a crash – okay, maybe a bit more than occasionally – but this time we’re witnessing none of the above. Instead, we’re taking a stroll down memory lane with the Volkswagen Beetle, which ends its production run in 2019 after more than 70 years on the road spanning three generations. 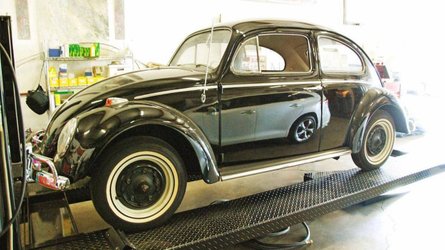 1964 VW Beetle Sells For One Million Dollars For Good Reasons 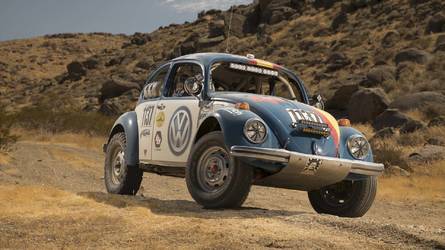 This compilation video comes from EMS Nordschleife TV on YouTube, and frankly, we’re very happy to see this kind of love for the plucky VW. Admittedly, even the modified Bugs in this clip aren’t necessarily fast, though we do see at least one Beetle-overtake around the 8:35 mark in the video. There aren’t any crashes either, however we are given witness to a couple minor off-track excursions, one if which happens in a comically slow fashion. We mean that in the most endearing way.

Gallery: Volkswagen Beetles At The Nürburgring

What we see most of all in this clip are Beetle lovers simply enjoying the ride. The footage is exclusively Type I models, but we see everything from vintage stock Bugs to cabrios, mild projects, and even a few cars dialed in tightly for racing. What’s interesting is that in a majority of these camera fly-bys, drivers aren't pushing the outside of the performance envelope. Instead, the occupants are simply enjoying a nice drive at the legendary track, and at the end of the day, that’s what being a proper petrolhead is all about. 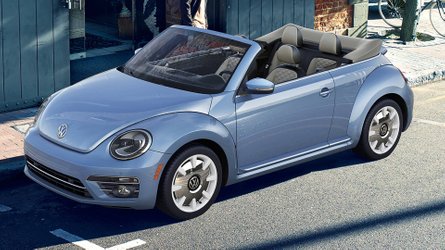 Volkswagen built over 22 million Beetles through three model evolutions, with 21 million credited to the Type I alone. Production of the classic Beetle wrapped in 2003, but the second- and third-generation models – while endearing in their own right – haven’t had the same sales success. VW will say goodbye to the Bug next year with the Final Edition model, offered as either a coupe or convertible in SE or SEL trim.