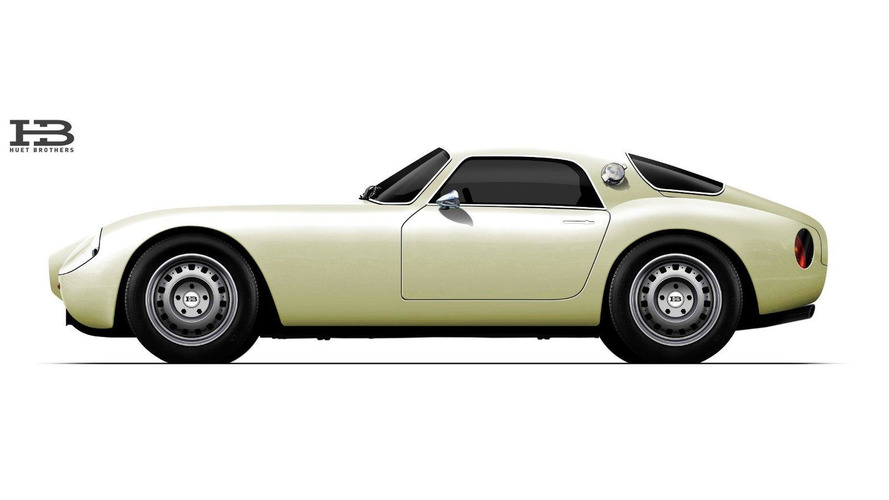 The phrase "modern day classic" is generally used to describe a film post 1970 that is widely considered to be very original, and as a result, very influential.

The phrase "modern day classic" is generally used to describe a film post 1970 that is widely considered to be very original, and as a result, very influential.

In the case of the Huet Brothers latest sports coupe proposal we find a variation of the phrase is more fitting, as the design shows classic proportions, taste and character, despite being a creation of modern times.

Originally hailing from the Netherlands, the Huet brothers, Tino and Paul, are classic car connoisseurs initially serving as founders of a classic car club sharing program and then subsequently organizers of classic car events.

Then the inevitable happened. The brothers set out to build a fifties era racer based on a Triumph TR6 called the HB Special which they did so successfuly. Now the Huet brothers are at it again, this time to build a coupe with classic lines but with the construction, craftsmanship and reliability of a modern day car.

The HB Coupe will be built with a full carbon fiber monocoque and a choice of two engines sourced from BMW which will provide ample power for the 1,159 kg (2,555 lb) vehicle.

The rear-wheel drive HB Coupe will be available with a 6-speed manual transmission, seven speed double clutch transmission or 6 speed automatic for the diesel.

The HB Coupe is still in the early stages of development, and to help finance the project the Huet brothers are offering an exclusive line of timepieces.

More information about the HB Coupe and HB watch series ca be found at the source link below.