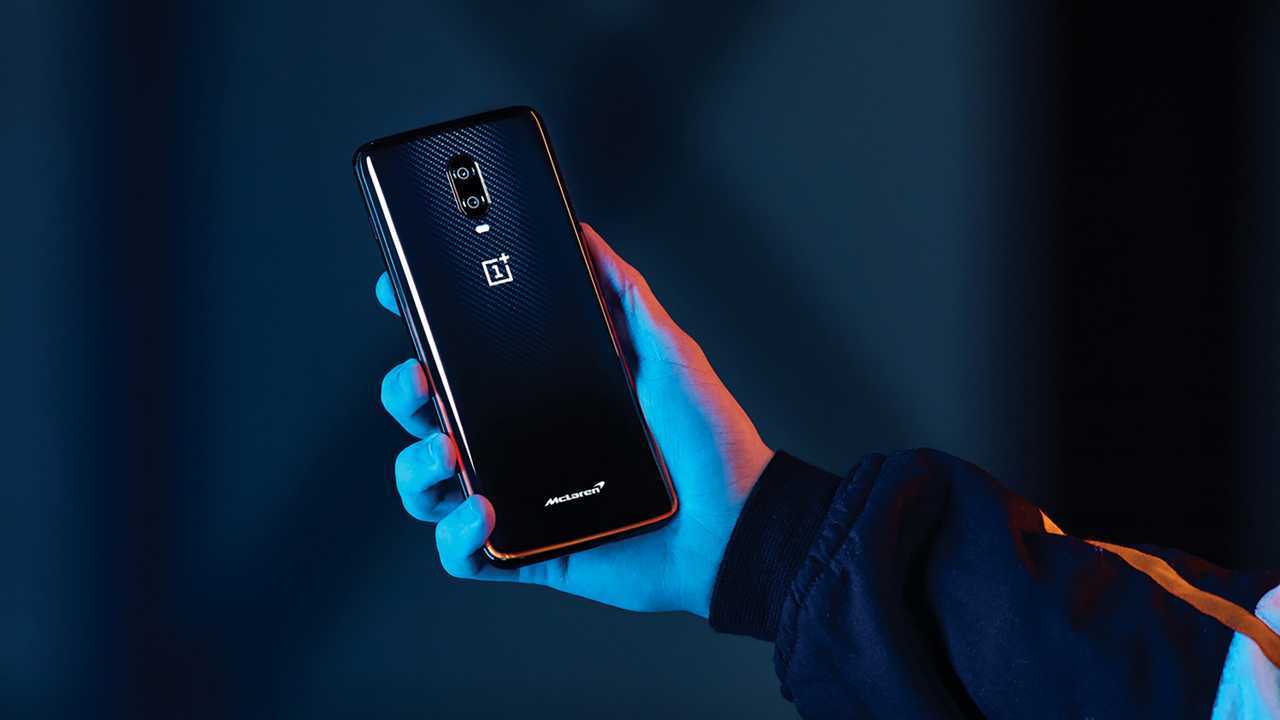 It can shoot 4K video and charge in 20 minutes. And you can also use it to talk to people.

Remember the last time you were doing hot laps in your McLaren 720S and you needed to call a Ferrari-owning friend to brag about the time you just set? Starting December 13 you’ll be able to make that call on a McLaren cell phone. Sort of, anyway.

Who you gonna call?

The Land Rover Phone Is Here For Those Outdoorsy People

The British supercar manufacturer teamed up with mobile phone company OnePlus to create a special McLaren-branded cell phone called the OnePlus 6T McLaren Edition. The name doesn’t exactly roll off the tongue, but judging by the features covered in the press release (below), the phone seems to be ready for supercar status. We aren’t necessarily pros when it comes to mobile tech, but we do understand 10 GB of built-in memory, 4K video capability at 60 frames-per-second, and a full recharge time of just 20 minutes. Yes, all of that is available on this spiffy new McLaren phone.

One thing that has us a little unnerved, however, is that recharge capability. It uses something from OnePlus called Warp Charge 30, which according to release sends 30 watts of power to the phone “without slowing down, even when the device is being used or is generating excessive heat.” Is pumping an already hot phone full of electricity a wise move? We’ve reached out to McLaren for a bit more clarification on this, because we love speed in any form. We just prefer to have it without potential consequences.

The latest from McLaren:

And since this is a McLaren-branded phone, it naturally comes wrapped in a black carbon-fiber body with a bit of orange trim. The trick phone also comes with an unboxing experience McLaren says goes “to a new level,” courtesy of a carbon fiber McLaren logo as well as a book outlining the history of the automaker and OnePlus. The phone also gets some exclusive software animations that are McLaren specific.

How much will the phone set you back? It runs $699 and will be available in North America as well as Western Europe in a couple of days. The phone will expand to India, China, and the Nordic regions at a later date.

The OnePlus 6T McLaren edition is a combination of speed, technology and beauty. Inspired by the desire to constantly challenge existing standards, OnePlus and McLaren have introduced an intricate design combined with a powerful and versatile experience.

Unmatched speed is at the heart of the OnePlus 6T McLaren Edition, with new technology including Warp Charge 30, OnePlus’ new charging standard. Warp Charge 30 takes fast charging to new heights, offering a full charge in just 20 minutes. Thanks to new Integrated Circuits in both the charger and the phone, as well as finely tuned power management software, 30 watts of power flow to the handset without slowing down, even when the device is being used or is generating excessive heat.

A powerhouse of multitasking, whether it’s high-end gaming, filming in 4K at 60 fps, photo-editing on the move, or rapidly switching between apps, the OnePlus 6T McLaren Edition doesn’t slow down because it features a colossal 10 GB of RAM.

The signature McLaren color, Papaya Orange, races around the bottom edge of the device before fading into black. The pattern underneath the glass back of the phone is based on McLaren’s use of ground-breaking carbon fibre, the technology at the heart of all McLaren cars since 1981 when it was introduced to  Formula 1, before being integrated into all McLaren road cars in 1993. Light streaks across the McLaren logo, illuminating and disappearing in an instant. The Warp Charge 30 power unit includes a Papaya Orange braided cord cable.

OnePlus and McLaren have taken the unboxing experience to a new level. Encased in the box is McLaren’s logo, the iconic Speedmark, recreated in McLaren-designed F1 AA grade carbon fibre. With the device comes a book celebrating the history of both companies, and with the OnePlus 6T McLaren edition, people can enjoy exclusive software animations, tuned to McLaren’s unique style and history.

The device will be available in Western Europe and North America on December 13, with availability in India, China and the Nordics soon after. The OnePlus 6T McLaren edition costs $699. (CAD $929)