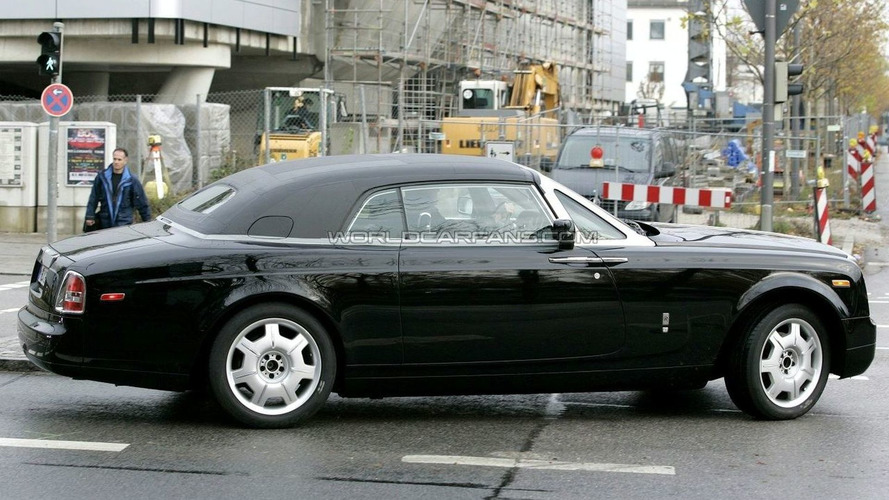 With rear-hinged doors and the convertible's front fascia, the coupe does in fact mimic the soft-top, but the fuel filler in the B-post is the best prove of the car's solid metal roof.

We fully appreciate the intelligence of BMW and Rolls-Royce engineers, but they can't fool us. See, this is not the Rolls-Royce Drophead Coupe but actually the all new Rolls-Royce Coupé.

Rolls-Royce has done well to disguise their newest addition to the range by making it look like an outgoing model. But the gas cap in the B-pillar is quite a give-away that this is not a soft-top but indeed a car with a solid metal roof.

The new coupe focusses on powerful driving, instead of 'cruising down the boulevard' like the Drophead Coupe did, and follows the trend of car manufacturers branching out. The new coupe will have some stiff competition from the Bentley Brooklands and Continental GT. Truth be told, the Bentley's have the Rolls beat on looks alone, but R-R prestige has its own appeal.

Expect the 101EX Concept to make a triumphant return to Geneva next spring two years after its debut, but this time as a production model.