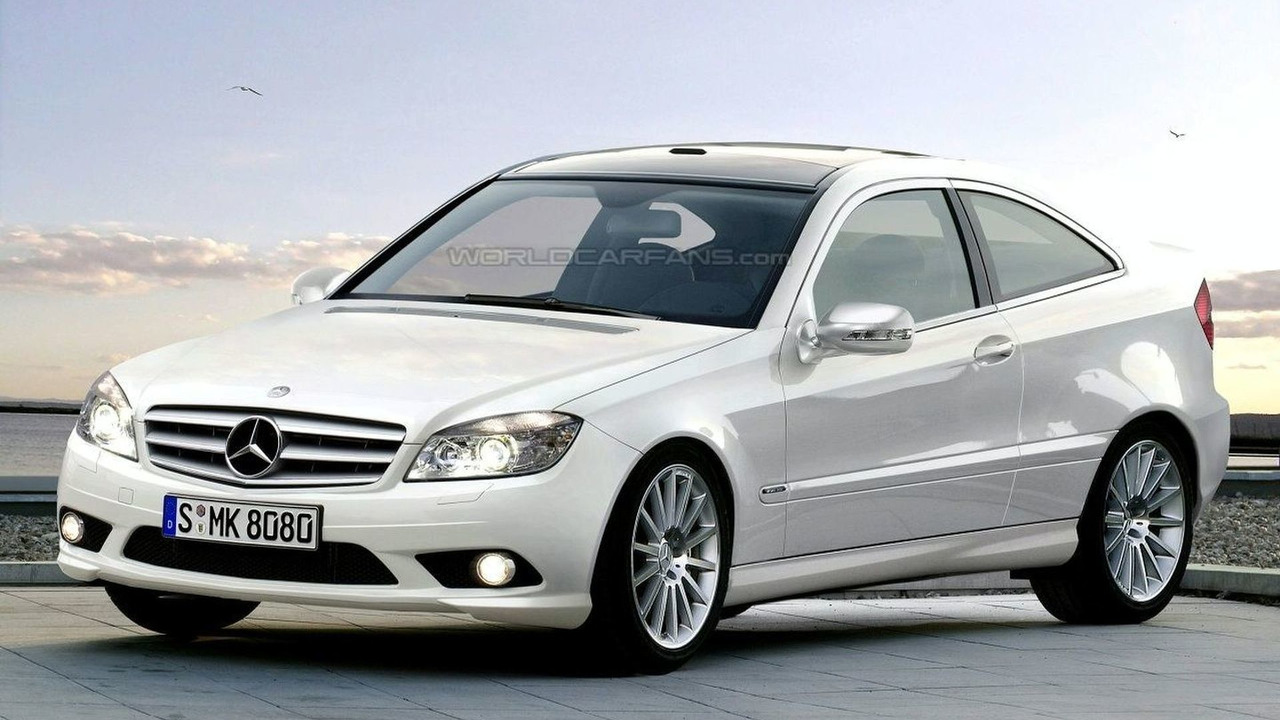 The C Class Sport Coupe has been spotted again, after last weeks revealing spy photos we now have more photos as well as a new illustration. The sportcoupe's name is likely to be replaced by the somewhat easier “CLC” badge.

Based on the same platform as the outgoing C Class, the new CLC shows similar design characteristics as the C Class sedan. But this new generation is going have a tough time in what has been become a hugely competitive market due to the recent introduction of the 300hp BMW 1 Series Coupe, not to mention the Audi A3.

The previous model received a facelift in 2004, so we expect to see the CLC debut sometime during 2008.