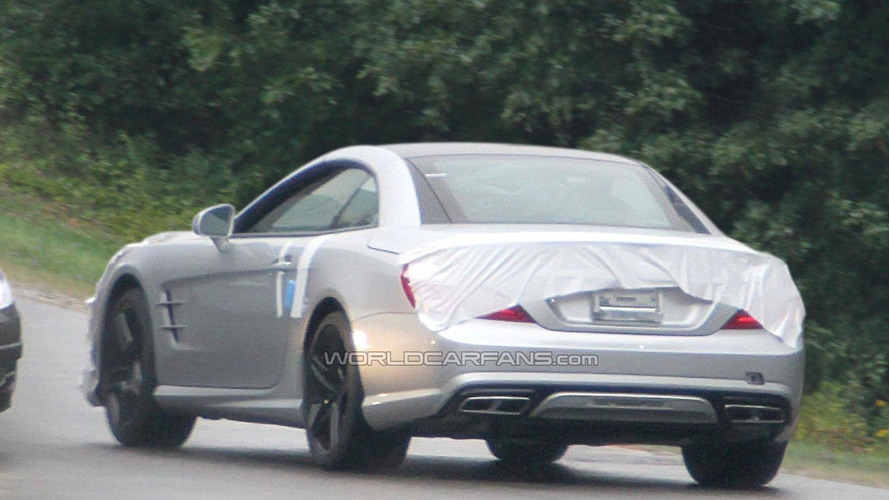 Despite the mismatched wheels, the rear end is almost in full view showing the rear bumper design as well as the new AMG quad exhausts for the first time. At the front, plastic covers all of the pertinent details, particularly the front bumper. However, we don't expect it to be dramatically different from the bumper design on the standard SL-Class.

The new 2013 SL-Class Roadster had its world premiere at the Detroit Auto Show earlier this month. Its European debut will take place this March at the Geneva Motor Show and the AMG variants, the SL63 and SL65 are expected later in the year.

Power will come from AMG's 5.5-liter twin turbo V8 engine with output rated somewhere in the region of 540 bhp (533 PS / 403 kW). This will leave a good amount of room should the German automaker decide to branch out with another Black Series model. The previous generation SL65 AMG Black Series (R230) pumped out 661 bhp (670 PS / 493 kW).